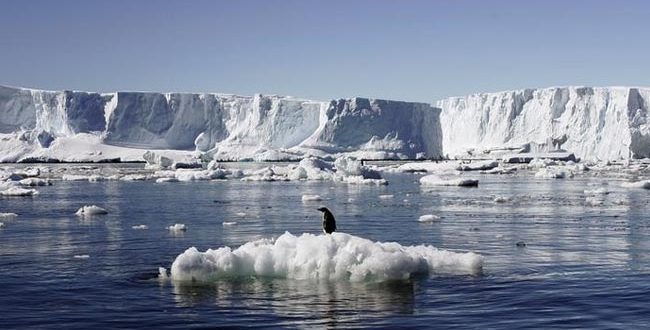 Sea Levels Will Rise Faster Than Ever, finds new research

Sea Levels Will Rise Faster Than Ever, Finds new research

Without the emissions cuts laid out in the Paris agreement, global temperatures could reach 2 C as early as 2040 and cause the fastest acceleration in sea level rise in human history, according to a new study.

Rising global temperatures mean rising sea levels as glaciers and land ice sheets melt. The scary thing is that even if we do manage to stop global temperatures from continuing to warm, sea levels could keep rising for centuries afterwards. So predicting where, when, and how much the seas will rise is particularly challenging — and particularly key. In this new study, published yesterday in the Proceedings of the National Academy of Sciences, scientists led by Svetlana Jevrejeva from the National Oceanography Centre in the UK predicted the likelihood and locations of sea level rise with temperature increases of 2, 4, or 5 degrees Celsius.

They calculated that by the end of the 21st century, 136 of the largest coastal cities — including New York and New Orleans — could see waters rising at least three feet, and possibly closer to 6.5 feet. That could displace more than 1 million people in New York and another 1 million in New Orleans. About 2.5 million would be displaced in Miami; 2.1 million in Guangzhou, China; and 1.8 million in Mumbai, India. Low-lying nations like Bangladesh and Vietnam could be especially hard hit.

And the speed with which this could happen could make it hard to adapt, the authors of the study write, putting small island nations, coastal ecosystems, and coastal sites of cultural and historical importance at risk. “The coastal communities of rapidly expanding cities in the developing world, and vulnerable tropical coastal ecosystems, will have a very limited time after midcentury to adapt to sea level rises unprecedented since the dawn of the Bronze Age,” they wrote.

Web articles – via partners/network co-ordinators. This website and its contents are the exclusive property of ANGA Media Corporation . We appreciate your feedback and respond to every request. Please fill in the form or send us email to: [email protected]
Previous: Happy Sex life comes with hard work, Says New Study
Next: Scientists Claim to Have Found a Part of Fossilized Dinosaur Brain