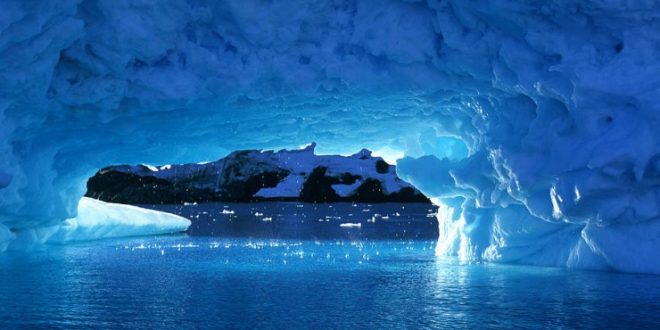 The caves located underneath Antarctic ice could be inhabited by yet-unknown species of plants and animals, scientists say.

Researchers collected soil samples from subglacial caves in Mount Erebus as well as from three volcanoes in the Victoria Land region of Antarctica, They found moss, algae, arthropods and nematodes at the sites, but also found unknown DNA at the Mount Erebus site.

According to lead researcher Dr Ceridwen Fraser, from the Australian National University (ANU) in Canberra, most of the DNA retrieved from these caves was similar to DNA from plants and animals found elsewhere in Antarctica. However, some sequences couldn’t be fully identified.

“The results from this study give us a tantalising glimpse of what might live beneath the ice in Antarctica – there might even be new species of animals and plants,” Fraser said in a statement.

Despite being trapped under Antarctic glaciers, these caves can be an ideal place for species to thrive with just the right amount of temperature for a comfortable environment, researchers said.

“It can be really warm inside the caves – up to 25 degrees Celsius in some caves. You could wear a t-shirt in there and be pretty comfortable. There’s light near the cave mouths, and light filters deeper into some caves where the overlying ice is thin,” Fraser said.

The newly-found DNA traces, however, don’t necessarily prove that unknown species of plants and animals are still living in the caves. Therefore, it requires for researchers to take a closer look at the caves.

If living organisms indeed exist there, “it opens the door to an exciting new world,” Prof Laurie Connell, a co-researcher from the University of Maine, said.

Researchers don’ know how many cave systems exist around Antarctica’s volcanoes. However, abundance of many other volcanoes in the region leads researchers to believe that subglacial cave systems could be common across the icy continent.

“We found evidence of numerous eukaryotic groups, including mosses, algae, arthropods, oligochaetes and nematodes, at both exposed and subglacial sites. Our findings support the notion that geothermal areas—including subglacial environments—can nurture biodiversity in glaciated regions” researchers said in a study, published in the journal Polar Biology.

Web articles – via partners/network co-ordinators. This website and its contents are the exclusive property of ANGA Media Corporation . We appreciate your feedback and respond to every request. Please fill in the form or send us email to: [email protected]
Previous: Giant Canadian Telescope to unlock the secrets of the universe
Next: Attention pet lovers! Don’t let your dog sleep with you in bed