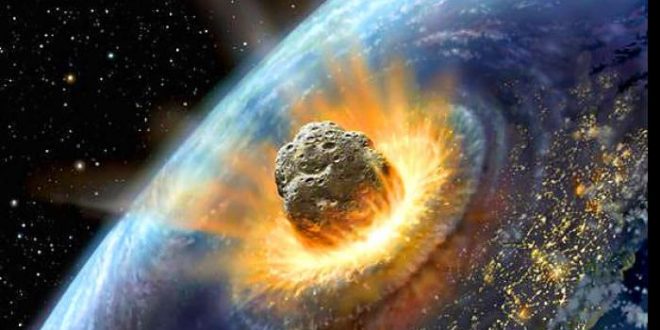 Conspiracy theorists are yet again convinced that the mysterious plant Nibiru is set to destroy Earth in the coming weeks.

Nibiru was supposed to eradicate Earth on September 23 after a Christian numerologist claimed it was on a collision path with our planet.

The doomsday prediction drew enough media attention that Nasa was forced to publicly refute the claims.

Now, conspiracy theorists are claiming Nibiru will generate a devastating series of earthquakes on November 19 that will annihilate all life on Earth.

The destruction will hit vulnerable areas all over the world from France and Italy to Alaska and Russia, to the American West Coast, Indonesia and Japan – and loss of life is predicted to be in the millions.

The group has been charting the movements of the so-called Black Star, aka Nemesis, Nibiru and Planet X, which they believe is a twin for our own Sun with massive gravitational influence pulling and squeezing the Earth.

NASA is sceptical as to its existence but that hasn’t stopped the American space agency spending millions of dollars on the hunt to find the Black Star.

Astronomers have been running the Micron All Star Survey – a four year infrared study of the night sky – and NASA sent up their Wide Field Infrared Survey Explorer to hunt for pseudo-stars known as Brown Dwarfs.

The theory is that the Black Star / Nemesis is a Brown Dwarf, a massive clump of gas and dust which attempted to become a star but failed. Gravity pulls the star together and heats it up but there is simply not enough mass to jump-start the nuclear reactions of stars like our own sun.

As a result Brown Dwarfs radiate little or no light or heat – some are cooler than a domestic oven or the human body.

This makes them near-impossible to see, but their considerable mass can still impact on planets and stars.

Members of astronomy website Planetxnews.com have been closely following the growing number of earthquakes and volcanoes hitting Earth in recent weeks and aligning them with the predicted path of the Black Star / Nemesis / Nibiru.

Writer Terral Croft said after a slight lull in seismic activity ripping apart the Earth’s crust there was to be a big rise culminating on November 19.

He added: “Global seismic activity reaches a peak in the second two weeks of November moving into December 2017.

“The predicted backside alignment quake event is scheduled for November 19, 2017, when the Earth passes behind the Sun relative to the Black Star.”

He predicted massive tremors along a fault originating in Indonesia and terminating near Gibraltar and warned: “This scenario can easily lead to new earthquake and volcanic activity for Italy and France.”

Web articles – via partners/network co-ordinators. This website and its contents are the exclusive property of ANGA Media Corporation . We appreciate your feedback and respond to every request. Please fill in the form or send us email to: [email protected]
Previous: NASA releases ‘spooky’ sounds from space for Halloween (Listen)
Next: Taylor Swift reponds to critism over nude bodysuit (Video)