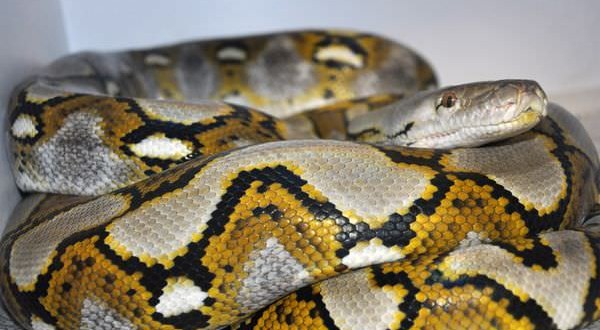 The world’s longest snake has given birth to six pythons without the aid of a male in what is believed to be a first for the species.

An 11-year-old female reticulated python, named Thelma, gave birth to six female offspring at the Louisville Zoo in Kentucky despite not being homed with any males.

According to National Geographic, new DNA evidence published over the summer in the Biological Journal of the Linnean Society, revealed that 20-foot-long, 200 pound Thelma, is the sole parent.

Virgin births are nothing new. It’s been seen before it on other reptiles, birds, sharks and more, but this is the first time it has been witnessed in a reticulated python.

“Pythons are an old, ancient species. We’ve seen this in more advanced species like garter snakes,” study leader Warren Booth, a biologist at the University of Tulsa in Oklahoma told National Geographic.

Thelma’s virgin birth is still mysterious, however. Booth says it may have to do with geographic isolation from males and captivity.

National Geographic notes that all six of Thelma’s offspring are half-clones. Three look like her while the others have a “super tiger” pattern of yellow with black stripes.

Web articles – via partners/network co-ordinators. This website and its contents are the exclusive property of ANGA Media Corporation . We appreciate your feedback and respond to every request. Please fill in the form or send us email to: [email protected]
Previous: Sean Harrington cop accused of forwarding nude suspect photos (Video)
Next: Man charged after gun found on Halifax bus : Police