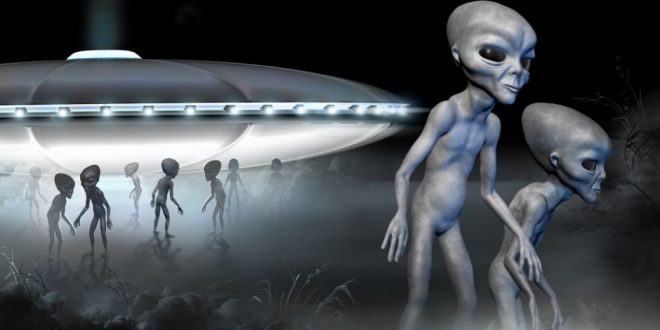 A scientist claims to have proved an alien spacecraft landed on earth, after investigating a perplexing case for nearly 40 years.

Dr Erol Faruk has published the findings of his investigation into a substance left on the ground after a famous UFO sighting in a book which has concluded extraterrestrial activity is the only explanation.

In self-published work, The Compelling Scientific Evidence for UFOs, the British-born chemist of Turkish heritage, examined in detail the Delphos UFO case seen in Kansas, USA, on the evening of November 2 1971.

It is considered by some alien investigators as one of the most compelling UFO cases on record – due to the scorched ring left in the ground – allegedly when the UFO landed.

The witness was Ron Johnson, 16, who was tending sheep on his family’s farm with dog Snowball, at about 7pm, when he spotted a six to eight feet diameter mushroom-shaped UFO appearing in the night sky.

It was described as having multi-coloured lights, and hovering about 75 feet away among trees at just a few feet above ground.

It then ascended with a blinding light.

He alerted his parents who saw it disappearing from view.

But, the family found a glowing ring on the ground where it had landed, and a similar material on trees nearby.

The family said the glow “felt strange, like a slick crust, as if the soil was crystallised,” and Mrs Johnson was left with a numbing anaesthetic sensation on her hand after touching it.

Samples of soil, which was said to have a profound water repellant nature from within the ring were sent for analysis and stored in a number of laboratories.

Another witness also came forward, a Lester Ensbarger from Minneapolis, who advised Deputy Sheriff Leonard Simpson that at 7.30 pm the same night, he saw a bright light descending in the sky in Delphos.

According to website ufocasebook.com: “The experience of Ron Johnson is still considered as one of the best documented ‘ground trace’ UFO cases of the past century, and is still unexplainable by any conventional or earthly means.”

Dr Faruk, who admits to a lifelong interest in the UFO phenomenon, focussed his work on investigating the chemical make up of the soil from the ring.

He was able to obtain some of the stored solid after requesting it while based at Nottingham University.

He wrote: “Placing water onto the affected soil was very like placing it onto a glass surface, with the water spontaneously forming into droplets sitting on the surface.”

Although, he remained unable to fully identify the soil compound, he claimed to detect “a highly water-soluble organic compound which is potentially chemiluminescent”.

This could have been responsible for the alleged glow seen at the time, he said.

Dr Faruk concluded there were three possible explanations – a hoax, the ring was in fact a fairy ring – a natuarlly occurring ring of toadstools, or a genuine alien space ship had been seen.

He said a hoax was unlikely due to the unusual characteristics of the compound, and its elongation towards the wind direction on the night.

He also ruled out a fungal ring, claiming the “water-soluble alkali metal salt of an organic carboxylic acid” found in the compound would not be produced by a fungi.

This, he said meant the conclusion of a genuine UFO sighting was the most favourable.

He wrote: “A picture begins to emerge as to what possibly happened that evening.

“The hovering object of presently unknown origin appears to have contained within its periphery an aqueous solution of an unstable compound whose likely sole function would be light emission.

Web articles – via partners/network co-ordinators. This website and its contents are the exclusive property of ANGA Media Corporation . We appreciate your feedback and respond to every request. Please fill in the form or send us email to: [email protected]
Previous: Big planet spotted in ‘bulge’ at the centre of our galaxy
Next: Scientists struggle to explain ‘zombie star’ that keeps exploding but won’t die