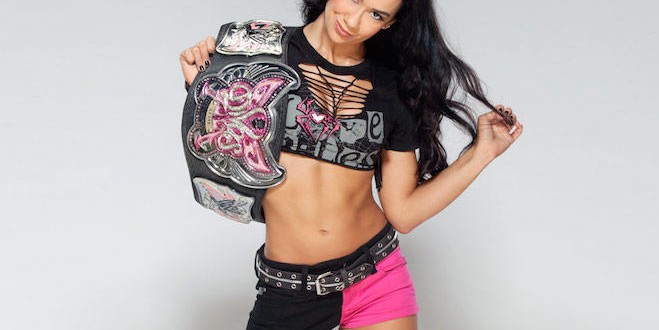 After nearly four years on WWE’s main roster, it was announced Friday that Diva AJ Lee has decided to retire from professional wrestling

A statement from the WWE announcing the end of Lee’s in-ring career was posted on the sports entertainment company’s official website on Friday (April 3).

The WWE statement read: “AJ Lee (April Mendez) has decided to retire from in-ring competition with WWE. We wish AJ the very best.”

AJ Lee is a three-time former WWE Divas Champion, and currently holds the record for longest title reign at 295 days.

Among her many accomplishments during her time at WWE was a stint as General Manager and matchmaker for Raw.

AJ Lee is married to former WWE Champion CM Punk, who left the company under controversial circumstances at the beginning of 2014.

Web articles – via partners/network co-ordinators. This website and its contents are the exclusive property of ANGA Media Corporation . We appreciate your feedback and respond to every request. Please fill in the form or send us email to: [email protected]
Previous: John St. Jean : Grande Prairie man in critical condition after assault
Next: Jessica Simpson : Singer sells major stake in fashion firm