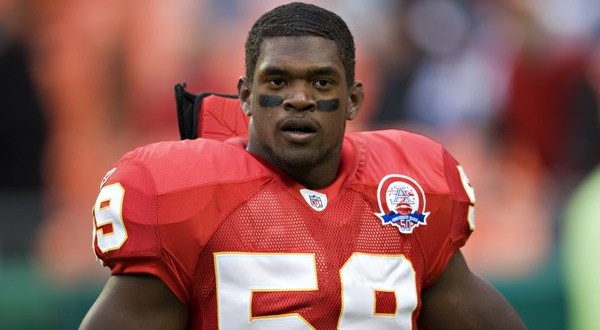 The family of former Kansas City Chiefs linebacker Jovan Belcher, who shot and killed his girlfriend before taking his own life, is having his body exhumed, the Kansas City Star reported.

Family attorney Dirk Vandever told the newspaper Friday that the family hopes having Belcher’s brain examined will reveal answers as to why he shot Kasandra Perkins nine times before turning the gun on himself.

An attorney for the family tells the Kansas City Star they hope an examination of his brain could reveal clues to why Belcher committed the murder-suicide. At least one researcher thinks it could be linked to chronic traumatic encephalopathy (CTE), caused by repeated head injuries and linked to depression, dementia, confusion, memory loss, aggression and even suicide in many former NFL players

On December 1, 2012, Belcher shot the 22-year-old Perkins 9 times at the home they shared in Kansas City and then drove to the Chiefs’ practice facility where he fatally shot himself in front of the team’s then-head coach Romeo Crennel and then-General Manager Scott Pioli. The couple had a 3-month old daughter.

Web articles – via partners/network co-ordinators. This website and its contents are the exclusive property of ANGA Media Corporation . We appreciate your feedback and respond to every request. Please fill in the form or send us email to: [email protected]
Previous: Super bowl advertizers sellout announced by Fox
Next: Two MLB player agents rumbled in the parking lot at the Winter Meetings