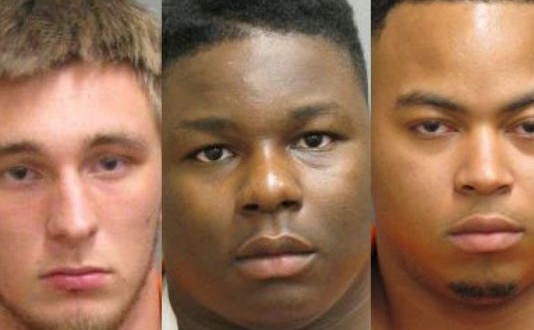 Faulkner Ryan Brooks Report : A Faulkner University football player was shot and killed on Wednesday during an attempted burglary. Freshman Ryan Brooks, who played on the junior varsity team, died after he was shot by a homeowner in what police are calling an act of self defense.

Marshall Wall, Ronnie Williams and Tabias Russell, all 19, are charged in the death of Faulkner Ryan Brooks, a 19-year-old freshman from Chelsea. A homeowner fatally shot Brooks during an attempted robbery and told investigators it was in self-defense, police said.

The homeowner’s identity hasn’t been released.

According to school websites, Wall, of Robertsdale, was on the school’s soccer team. Williams, of Loxley, and Russell, of Alexander City, are also members of the school’s junior varsity football team.

The three are charged in Faulkner Ryan Brooks’ death because they were involved in an attempted robbery in which someone was killed, police said.

“In its 72-year history, Faulkner University has never had a shooting involving a student,” university President Billy D. Hilyer said during an afternoon news conference, according to Al.com. “The safety and well-being of our students is paramount at this university.”

Wall, Williams and Russell are being held on $75,000 bond in the Montgomery County Detention Facility, police said. It’s unclear if they have lawyers.

Faulkner University is a Christian school based in Montgomery, which has a student body of about 3,300 students, according to its website.

Web articles – via partners/network co-ordinators. This website and its contents are the exclusive property of ANGA Media Corporation . We appreciate your feedback and respond to every request. Please fill in the form or send us email to: [email protected]
Previous: Daniel Pantaleo sued before Three Times – Video : Cleared NYPD chokehold cop sued by other black men
Next: Bullied Girl Gets Revenge – Video: Woman gets revenge on a bully, 8 years later, by standing him up in an epic way