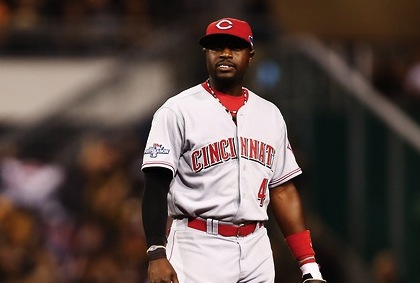 The New York Yankees have a surplus of outfielders. Brett Gardner is the outfielder with the most trade value but the Yankees are not in a rush to trade him even as general manager Brian Cashman acknowledges calls about the 30-year-old.

One team said to have interest in Gardner is the Cincinnati Reds who were willing to offer up second baseman Brandon Phillips in a potential deal according to CBS’ Jon Heyman.

For Gardner, though, Yankees general manager Brian Cashman has stated that they will be listening to offers, especially considering that they have recently added outfielders Carlos Beltran and Jacoby Ellsbury to the roster.

And officials have said that Yankees remain interested in the free-agent Omar Infante, although his contract demands currently remain too steep.

Web articles – via partners/network co-ordinators. This website and its contents are the exclusive property of ANGA Media Corporation . We appreciate your feedback and respond to every request. Please fill in the form or send us email to: [email protected]
Previous: Ohio Police Chief’s Wife Sentenced to Jail
Next: Kim Jong Un’s Uncle Executed for treason in North Korea (VIDEO)