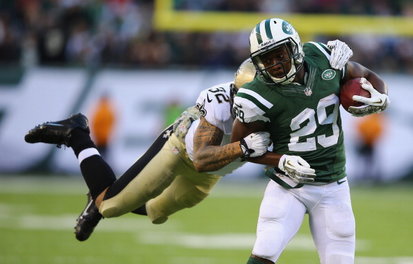 Russell Wilson isn’t sure how to pronounce the last name of Saints safety Kenny Vaccaro.
But he is sure of one thing – no matter how you pronounce Vaccaro’s last name, he’s having an impact on the Saints’ much-improved defense.

Vaccaro was the only player mentioned by name Wednesday when Wilson was discussing New Orleans’ defense, a unit he is tasked with solving ahead of Monday night’s critical NFC showdown between the 9-2 Saints and his 10-1 Seahawks.

Wilson, the NFL’s sixth-rated passer, grouped Vaccaro in with both Roman Harper, Malcolm Jenkins and the other safeties for their abilities to make plays.
“They fly around,” Wilson said of New Orleans group of safeties. “They’re physical. They come downhill. They find a way to make a big play when they need it.”

The Saints’ defense is one of the best in the NFL against the pass, combining an aggressive pass rush with tight coverage.

The result is a unit that’s ranked third overall against the pass and seventh when factoring yards per pass play. They’re first in sacks per pass play, tied with four other teams with 37 this season.

“Those guys, the whole group attacks and (defensive coordinator) Rob (Ryan) has those guys on the move all the time so they’re difficult to nail down where they are,” Seattle Coach Pete Carroll said. “They have generated a bunch of problems and it has added to why they’re such a good pass defense and why it’s such a big challenge when you’re trying to move the ball when you’re throwing it against him.”

Both have asserted themselves as players offenses must know where they are on the field.
“When we watched Cameron Jordan coming out, he was a very adept pass rusher in college,” Carroll said. “He had great style and moves and things. I think it just took him a little while to really blossom. I think he’s a key component.

“Akiem Hicks is making problems for everybody. He has had a great start to the early part of his career.”

Web articles – via partners/network co-ordinators. This website and its contents are the exclusive property of ANGA Media Corporation . We appreciate your feedback and respond to every request. Please fill in the form or send us email to: [email protected]
Previous: Twerking on Subway Tracks : Two girls twerk in death-defying viral video
Next: Saving money strategies : Create a Personal Budget