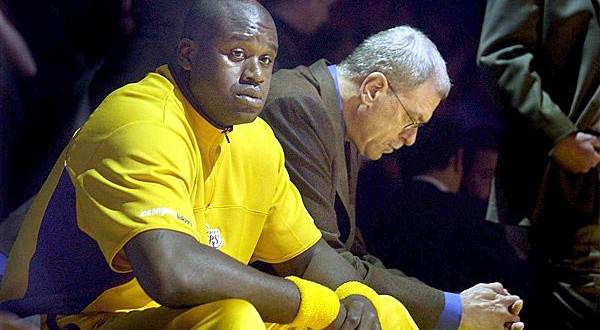 Shaquille O’Neal is ripping on LeBron James in his new tell-all book.
The book, titled “Shaq Uncut: My Story,” reflects of the retired center’s hall of fame career in the NBA. In one excerpt, the 7-foot-1 former Cavalier wrote about his time as LeBron’s teammate.
“Our coach, Mike Brown, was a nice guy, but he had to live on the edge because nobody was supposed to be confrontational with LeBron,” O’Neal wrote. “Nobody wanted him to leave Cleveland, so he was allowed to do whatever he wanted to do.”

“I remember one day in a film session LeBron didn’t get back on defense after a missed shot. Mike Brown didn’t say anything about it. He went to the next clip and it was Mo Williams not getting back and Mike was saying, ‘Yo, Mo, we can’t have that. You’ve got to hustle a little more,” wrote Shaq in another excerpt.

As for the 2010 game against the Boston Celtics, O’Neal agrees with fans that the one-time king of Cleveland quit.

“There’s no question in LeBron was kind of out of it. … I always believed he could turn it on at any moment, but for some reason he didn’t. Not against the Celtics in 2010 and not against the Mavericks in 2011.”

But LeBron isn’t the only one taking shots from Shaq in the book. According to USA Today, O’Neal admits that tensions between him and Kobe Bryant became so heated that he threatened to kill Bryant during the 2003-2004 season with the Lakers.

Web articles – via partners/network co-ordinators. This website and its contents are the exclusive property of ANGA Media Corporation . We appreciate your feedback and respond to every request. Please fill in the form or send us email to: [email protected]
Previous: Nicole Richie showed friends Paris Hilton’s sex tape Video
Next: Eva longoria was photographed sitting on marc anthony’s lap