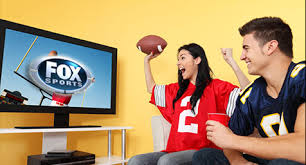 New York – The commercial inventory for FOX Sports’ broadcast of Super Bowl XLVIII is officially sold out, one month earlier than last year’s game and remaining inventory for the network’s first-ever live stream is in high demand, it was announced today by Neil Mulcahy, Executive Vice President, FOX Sports Sales. Super Bowl XLVIII, scheduled for Sunday, Feb. 2 at MetLife Stadium in East Rutherford, NJ, is the first-ever to be played at an outdoor, cold-weather location.

While in-game advertising time is no longer available, FOX Sports is offering advertising opportunities within its live stream of Super Bowl XLVIII, as well as in its extended pregame and postgame programming. The remaining inventory provides opportunities for marketers still interested in connecting their brands to what is annually the highest-rated, most-watched, and most socially-engaged event of the year.

“The demand for in-game advertising time for Super Bowl XLVIII is actually greater than the supply, which is a terrific problem for us to have,” said Mulcahy. “Fortunately, we have several very attractive, original opportunities on our digital platforms to offer advertisers who want to associate their products with the Super Bowl. We also have time to offer during the wealth of programs and events on FOX Sports 1 in the run-up to the game, as well as in pregame programming on Super Bowl Sunday.”

Game day coverage begins with FOX SUPER BOWL KICK-OFF (10:00 AM ET-1:00 PM ET) on FOX Sports 1 before shifting to FOX for ROAD TO THE SUPER BOWL (1:00-2:00 PM ET) and FOX SUPER BOWL SUNDAY pregame (2:00-6:00 PM ET). FOX Sports 1 plans a robust week of daily live events, original shows and studio programs in the week leading up to Super Bowl XLVIII, details of which are to be announced in coming weeks.

According to CBS Interactive, last year’s CBSSports.com live stream of the matchup between the San Francisco 49ers and the Baltimore Ravens attracted three million unique viewers to the Super Bowl XLVII video player, up 43 percent from NBC’s live stream of Super Bowl XLVI the year before. Viewers generated nearly 10 million live video streams, up more than 100 percent from last year’s game, resulting in a record 114.4 million minutes streamed, which was up 46 percent year to year.

[via press release from FOX Sports]

Web articles – via partners/network co-ordinators. This website and its contents are the exclusive property of ANGA Media Corporation . We appreciate your feedback and respond to every request. Please fill in the form or send us email to: [email protected]
Previous: Northeast storm : Snowstorm brings dangerous travel
Next: Ex-Chief’s Jovan Belcher’s body exhumed