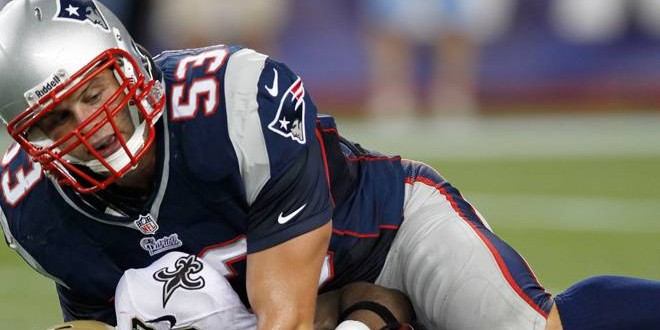 Former Patriots linebacker Jeff Tarpinian, now with the Houston Texans, had told only his family, close friends, and Patriots coach Bill Belichick, team owner Robert Kraft and select Pats personnel about his brain surgery and his subsequent recovery, before sharing his story with the Houston Chronicle this week.

Tarpinian only told those close to him, Patriots coach Bill Belichick, and team owner Bob Kraft at the time.

“I kept it quiet,” Tarpinian said. “I didn’t really say anything because obviously future employers in the NFL, they hear brain surgery and it’ll freak them out.”

He was forced to have the procedure after tests discovered the cause of a 30-second post-practice blackout during the season.

But Tarpinian was relieved it wasn’t a torn ligament or any other common career-ending injury.

“My logic was because it was the brain, at least it’s not a knee – at least the recovery will be better,” Tarpinian said. “I thought I’d wake up and I’d be fine. … I couldn’t have been more wrong. It was horrible logic.”

One other factor about the surgery concerned him.

“I had long hair and ended up having to cut it all off, so that was devastating,” he joked.

Tarpinian signed with the Texans in October, and although the team has struggled this season, he’s thankful to be back on the field.

Web articles – via partners/network co-ordinators. This website and its contents are the exclusive property of ANGA Media Corporation . We appreciate your feedback and respond to every request. Please fill in the form or send us email to: [email protected]
Previous: UPS, FedEx Scramble To Get Christmas packages Delivered
Next: Celebrity: Amber Rose Flaunts Post-Baby Body On Instagram (PHOTO)