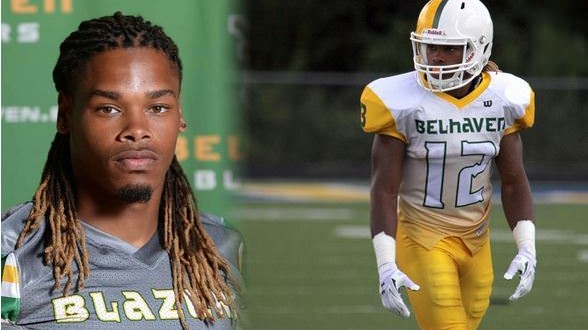 Trey Rich, 26, a football player at Belhaven University in Jackson, Mississippi, was killed Christmas Eve when he was struck on his bike by a motorist.

According to Rankin County Sheriff Bryan Bailey, the driver of the 1991 blue Chevy 1500 pickup truck was 29-year-old Reginald Darvis of Richland.

Sheriff Bailey says that Darvis does not have a driver’s license and has prior criminal convictions on his record.

Darvis was taken to UMMC following the crash and Sheriff Bailey says they are waiting on results from the crime lab to determine Darvis’ Blood Alcohol content at the time of the accident.

Rich, Sheriff Bailey says, was killed on the scene, at the corner of Riverview Drive and Old Highway 49 in Richland.

He says, “The young man was a hard-working student at Belhaven just getting off of work at FedEx when he was apparently headed back to his dorm when he was struck and killed. The Richland police officers and deputies saw obvious signs of alcohol possibly being involved in the accident.”

Deputy Sheriff Tyson Burleson says Darvis admitted to drinking alcohol before getting behind the wheel. Sheriff Bailey says he’ll be pushing for a DUI death conviction when this case goes to trial.

Web articles – via partners/network co-ordinators. This website and its contents are the exclusive property of ANGA Media Corporation . We appreciate your feedback and respond to every request. Please fill in the form or send us email to: [email protected]
Previous: Four men arrested after Christmas diners robbed (Video)
Next: Chelsea Handler poses topless on Instagram (Photo)