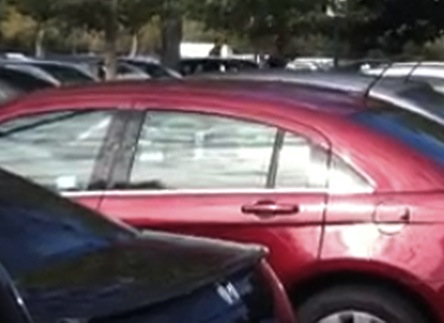 According to Jeff Passan of Yahoo! Sports, two unidentified agents got into a fight in the parking lot outside the Walt Disney World Dolphin Hotel this afternoon. At issue was that one of the agents apparently tried to take a client from the other.

The biggest question isn’t finding out who’s being traded but identifying the 2 agents who came to blows in the parking lot.

Good gravy. Maybe it was Jay Z and Sc …

Ahhh, so the agent fight was at the Dolphin Resort in Orlando. #MLB Winter Meetings. Show me Boras and Jay-Z!

@JeffPassan Please let this be Jay-Z and Scott Boras.

Right. Looks like that was covered. I totally wasn’t going to make that joke anyway.

Jeff Passan of Yahoo! wrote it up, and he got a hilarious Zapruder film of the incident.

Stay the [expletive] away from my guy!” one man yelled, according to witnesses who described the chaotic – and amusing – scene to Yahoo Sports in exchange for anonymity.

Literally the exact same quote from the famous Betty/Veronica scrap from ’54. No word yet on the agents involved, but there’s nothing wrong with picturing Dave Stewart and Gary Sheffield taking wild swings at each other.

Web articles – via partners/network co-ordinators. This website and its contents are the exclusive property of ANGA Media Corporation . We appreciate your feedback and respond to every request. Please fill in the form or send us email to: [email protected]
Previous: Ex-Chief’s Jovan Belcher’s body exhumed
Next: Leafs captain Dion Phaneuf and wife Elisha Cuthbert visit Target store (PHOTO)