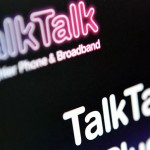 Talk Talk said it had received a ransom demand from somebody claiming to be behind the cyber attack on the British broadband company on Wednesday, which involved the possible theft of the details of 4 million customers. The telecoms giant announced last night that it had been subject to a “significant and sustained” cyber attack on Wednesday morning. Millions of ... END_OF_DOCUMENT_TOKEN_TO_BE_REPLACED