Home » World » More than ‘2000 Canadians’ euthanized in year since legalization 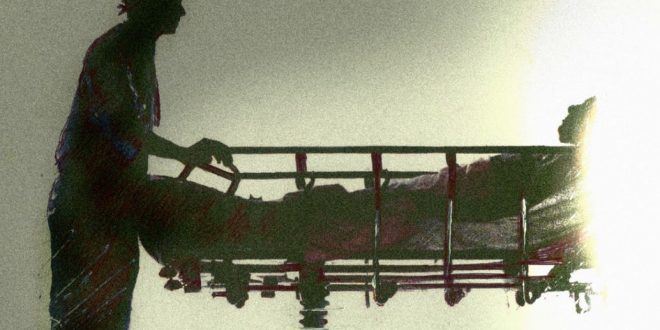 More than ‘2000 Canadians’ euthanized in year since legalization

About 2,000 Canadians have obtained a medically assisted death within a year after Bill C-14 became law, according to a new report released by Health Canada interim Friday.

Across Canada, there have been 1,982 assisted deaths since June 2016, counting for about 0.7 per cent of all deaths nationally.

The figures included 803 people in the first six months, and 1,179 in the second.

This constitutes an almost 47 percent increase, with 0.9 percent of all deaths in Canada from January to June being assisted suicides.

Cancer was found to be the leading medical condition prompting patients to seek an assisted death, which amounts to some 63 percent of all cases.

People of all ages resorted to assisted suicide, the entire range being 18 to 91 years old and the most common ages falling between 56 and 64.

At the time the law permitting assisted suicide was passed by Canadian lawmakers, it came under fire for being too restrictive, with critics arguing that it “will trap patients in intolerable suffering.”

The so-called Bill C-14 allows doctor-assisted suicide to be performed exclusively on adults suffering from an “incurable” disease or disability, when a person’s health is “in an advanced stage of irreversible decline” and where “natural death is reasonably foreseeable.” These strict criteria mean that a person who has applied for a procedure has to wait for a medical institution to review the case and rule if all conditions are met.

Does legalization of euthanasia have a negative impact on availability or quality of palliative care?

In answering this question, we present the findings of Justice Smith in Carter v Canada (Attorney General) and the National Assembly of Quebec Select Committee on Dying with Dignity as these findings are the result of evidence being presented by experts and tested in a court of law (Justice Smith) or presented by experts in Canada and in the permissive regimes to an all-party committee of parliamentarians (Quebec Committee).

After reviewing evidence relating to the relationship between legalizing assisted suicide and the quality and availability of palliative care, Justice Smith for the Supreme Court of British Columbia made the following remarks:

My review of the evidence regarding Oregon, the Netherlands and Belgium suggests that in those jurisdictions, legalization of assisted death has not undermined palliative care; on the contrary, palliative care provision has improved since legalization by some measures.

Few conclusions, however, can be reached about the possible impact on palliative care from a change in Canadian law regarding physician-assisted death.

First, as Canada points out, palliative care is a developing field; it may be assumed that it is improving not only in permissive jurisdictions but also in jurisdictions that continue to prohibit physician-assisted death.

Second, there are differences in the history, culture and modes of medical practice among the jurisdictions.

Third, further improvements in palliative care in Canada would require commitment of public resources, since health care in Canada is largely delivered through a public system. Some of the debate in the United States has raised the question whether health insurers would refuse to fund palliative care when assisted death was available; no evidence was provided to show that that fear has become reality in Oregon or Washington. It is difficult to imagine that Canadian politicians, public officials or health care providers, if physician-assisted death were legal, would reduce resources for palliative care services for that reason.

In summary, having reviewed the evidence and the submissions on this point, I conclude that while a change in the law to permit physician-assisted death could affect the palliative care system, predictions as to how would be speculative. I find that the evidence establishes that the effects would not necessarily be negative. (at 731-736)

Web articles – via partners/network co-ordinators. This website and its contents are the exclusive property of ANGA Media Corporation . We appreciate your feedback and respond to every request. Please fill in the form or send us email to: [email protected]
Previous: Fireball meteor observed in SW China (Video)
Next: Round-faced comic Ralphie May dies aged 45 after heart attack