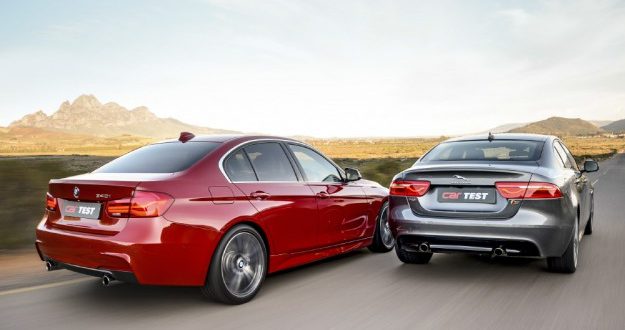 Messing with an icon can be trouble, something BMW found when it launched the sixth-gen 3 Series in 2012, and something it aims to redress with the 2016 340i.

The car that had long been the sport sedan to beat suddenly suffered a crisis of identity: too focused on luxury for those who look to Bavaria for their four-door performance, but not cosseting enough in the face of Mercedes’ efforts. Now, for 2016, we get the 340i and a surprisingly successful do-over.

Although external styling changes are minimal for the 2016 model year, the 3 Series sees several other updates that bring it up to par with current trends. The six-cylinder engine option, for example, has been beefed up a little, going from the 335i model designation to a 340i designation thanks to that extra bit of added muscle. LED automatic headlights are available and telematic remote updates for navigation are also offered. A few package changes round out the updates.

For the most part, the BMW 3 Series hasn’t needed a lot of change to keep it up to date since its generational debut four years ago. This is a sleek, well-styled sedan that exemplifies what BMW can do with a car. It’s the very definition of Teutonic styling with a simplicity that promises that every attention was paid to the details.

There are multiple body styles and drivetrain options available for the 3 Series. There is a wagon, a hatchback, and a sedan. Also very similar is the 4 Series, which uses the 3 Series body for a coupe and convertible. Packaging for the 3 Series begins with standard features like 17-inch alloy wheels, run-flat tires, and automatic headlights and fog lamps. Remote keyless entry is also standard, as are interior features such as a 6.5-inch infotainment screen with the iDrive interface and BMW Assist telematics.

Once inside the 3 Series, the cabin is very BMW. The combination of old Bimmer throwback with modern technology is very well done. Analog gauges sit within an instrument cluster that also contains digital information displays and modern options. Everywhere within the cabin are quality materials put together with excellent workmanship, as should be expected. European minimalist appeal is offset by the big information display at the center of the dash. This can be a 6.5-inch display in standard models or upgraded to a huge 8.8-inch widescreen display.

To go with this huge screen, BMW has improved the iDrive infotainment interface immensely, adding a small touchpad on top of the control knob to allow faster inputs for things like addresses in navigation. This and the simplistic menu interface greatly improve usability in daily use.

Seating is very comfortable and firmly designed to keep the driver and front passenger in place during both regular and enthusiastic driving. In the rear seats, things are also surprisingly accommodating with more leg and shoulder room than most midsize sedans can boast. The trunk is also spacious at about 13 cubic feet (368 liters) in the sedan.

All 3 Series sedans offer a choice of rear-wheel or all-wheel drive (xDrive) except the wagon body style, which is AWD only. Automatic stop-start for better in-city fuel economy is also standard in the 3 Series, even for models with manual transmissions equipped.

This translates into great driving on the road. The 2016 BMW 340i is a strong goer with a lot of oomph when the pedal is pushed. The driving experience is very well balanced, offering tight and precise turning, a solid but forgiving ride, and a quiet interior experience. Whether leisure driving along a twisty highway or punching it hard through the corners on a country road, the 340i remains confident.

Web articles – via partners/network co-ordinators. This website and its contents are the exclusive property of ANGA Media Corporation . We appreciate your feedback and respond to every request. Please fill in the form or send us email to: [email protected]
Previous: DTN: NASA Brings Space Internet Tech to the ISS
Next: Aydin Coban, accused of cyberbullying Amanda Todd can be extradited