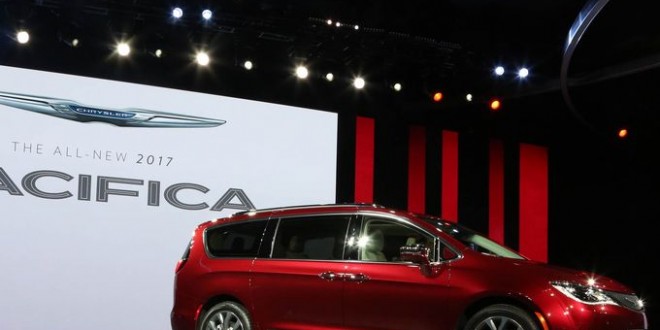 We now have a price for the all-new 2017 Chrysler Pacifica – and it will command a hefty premium over its predecessor, the Chrysler Town & Country.

Three trim levels will be offered – the base Pacifica Touring L will start at $45,740, while the midrange Touring L Plus will fetch $48,740. Spring for the fully loaded Limited model and you’re looking at a bottom line of $54,740. Destination is another $1,745.

Fiat Chrysler Automobiles unveiled the Pacifica at the North American International Auto Show in Detroit in January. It was designed to replace the Chrysler Town and Country and the Dodge Grand Caravan.

However, Timothy Kuniskis, FCA’s head of passenger vehicles, previously said the company will keep making the current — and cheaper — model of the Grand Caravan for as long as there is demand.

Web articles – via partners/network co-ordinators. This website and its contents are the exclusive property of ANGA Media Corporation . We appreciate your feedback and respond to every request. Please fill in the form or send us email to: [email protected]
Previous: Corey Lewandowski: Reporter Allegedly Manhandled by Trump Staffer After Asking a “Tough” Question
Next: Qu’Appelle Valley Water Level Operation May Create Ice Hazards