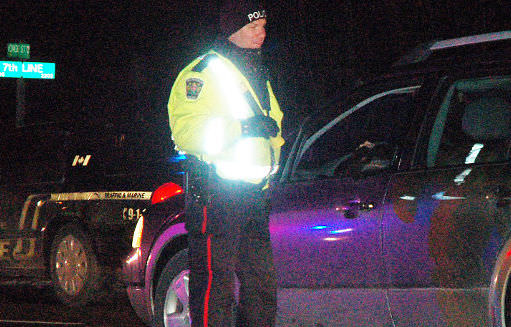 Hamilton police have pulled over more than 44,000 vehicles since Nov. 26 for the holiday RIDE program, including more than 2,000 on New Year’s Eve, when police chief Glenn De Caire joined the officers on patrol.

Mothers Against Drunk Driving says the numbers show the program is “worthwhile and justified.”

Hamilton police get a $44,000 grant from the Ministry of Community Safety for the holiday RIDE program.

Web articles – via partners/network co-ordinators. This website and its contents are the exclusive property of ANGA Media Corporation . We appreciate your feedback and respond to every request. Please fill in the form or send us email to: [email protected]
Previous: Loonie sinks even further, finishes at 85.16 cents US, Report
Next: Amal Clooney threatened with arrest. What? George Clooney’s wife risks arrest in Egypt