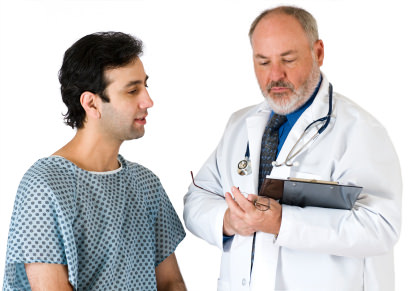 A recommendation from a national task force to get rid of PSAs to screen for prostate cancer has the CEO of Prostate Cancer Canada shaking his head.

The task force says almost one-in-five men aged 55 to 69 have at least one false-positive PSA test. He says too many men end up having biopsies they don’t need as some tumours never become life-threatening.

Rocco Rossi with Prostate Cancer Canada says the test saves lives. He says it isn’t perfect, but it’s the only thing out there that has a chance of detecting this hard to diagnose cancer before it’s too late.

“Give us an alternative before you eliminate it because otherwise, the alternative is to turn the clock back 20 years. Twenty years ago, 40 per cent more men died of prostate cancer than today because we did not have an effective early detection tool. Effectively, what that would mean is 100 men, 1,000 fathers, brothers, sons, uncles in addition to the 4,000 who already would die this year, would die of prostate cancer because we would not catch it in the early stages.”

He says the task force used statistics from the United States, where over-treatment happens much more often.

Web articles – via partners/network co-ordinators. This website and its contents are the exclusive property of ANGA Media Corporation . We appreciate your feedback and respond to every request. Please fill in the form or send us email to: [email protected]
Previous: Mormon founder had teen bride : Report
Next: Teresa Giudice : Actress to serve jail sentence at ‘Orange is the New Black’ prison