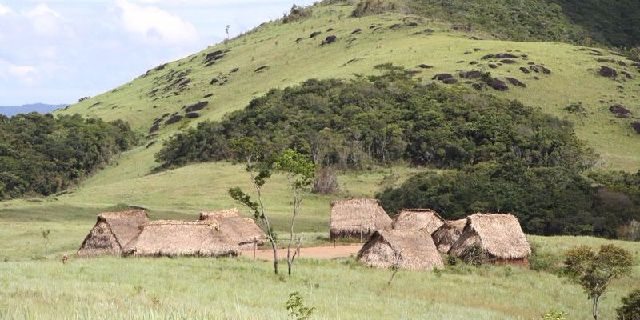 An Amazonian people reliant on subsistence hunting have the healthiest arteries in the world, according to new research.

Scientists found that the Tsimane people, who live in the Bolivian Amazon, spend most of every day hunting, fishing, farming and gathering wild fruits and nuts, and follow a carbohydrate-based diet containing little protein or fat.

Scientists who examined hundreds of men and women from the group found that almost nine out of 10 had clear arteries showing no risk of heart disease.

Even in old age most remained in astonishingly good health.

Almost two thirds of people aged over 75 were nearly risk free and just eight per cent had a moderate-to-high risk level.

One 80-year-old had arteries resembling those of Americans in their mid-fifties.

US lead scientist Professor Hillard Kaplan, from the University of New Mexico, said: “Our study shows that the Tsimane indigenous South Americans have the lowest prevalence of coronary atherosclerosis (hardening and narrowing of the arteries) of any population yet studied.

“Their lifestyle suggests that a diet low in saturated fats and high in non-processed fibre-rich carbohydrates, along with wild game and fish, not smoking and being active throughout the day could help prevent hardening in the arteries of the heart.

“The loss of subsistence diets and lifestyles could be classed as a new risk factor for vascular ageing and we believe that components of this way of life could benefit contemporary sedentary populations.”

The findings contrast with the prevalence of heart disease among those with a more sedentary lifestyles in developed countries.

While people living in cities are generally sedentary for more than half their waking hours, the Tsimane are inactive for only 10per cent of the day.

Among the tribe, men spend an average of six to seven hours a day engaged in physical activity, while women are active for four to six hours, said the researchers, whose findings are reported in The Lancet medical journal.

The Tsimane diet largely consists of non-processed carbohydrates high in fibre, such as rice, plantain, manioc, corn, nuts and fruits.

Protein, from animal meat, accounts for only 14per cent of the diet and fat makes up the same proportion.

Each member of the tribe consumes roughly 38 grams of fat per day, of which just 11 grams is saturated fat.

The researchers visited 85 Tsimane villages between 2004 and 2015 and measured heart disease risk by carrying out CT (computed tomography) X-ray scans on 705 adults aged 40 to 94.

Similar scans of nearly 7,000 Americans in a previous study showed that only 14% had no risk of heart disease.

Half were at moderate-to-high risk – a five-fold greater prevalence rate than that seen in the Tsimane population.

But strangely, half the population had raised inflammation markers, despite this normally being seen as a risk factor for unhealthy arteries.

“However, the inflammation common to the Tsimane was not associated with increased risk of heart disease, and may instead be the result of high rates of infections.”

The study is being presented at an American College of Cardiology conference taking place in Washington DC.

Web articles – via partners/network co-ordinators. This website and its contents are the exclusive property of ANGA Media Corporation . We appreciate your feedback and respond to every request. Please fill in the form or send us email to: [email protected]
Previous: US Delta IV rocket launches powerful military satellite (Watch)
Next: Maggie MacDonnell, Teacher wins $1m best-teacher prize in Dubai