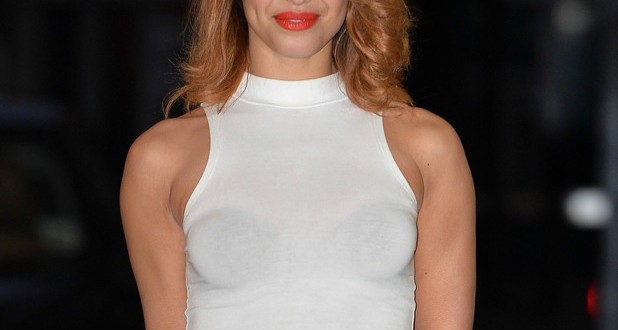 She was shamed when police officers arrested her for driving under the influence of alcohol, but despite remaining adamant that she wasn’t drunk, Amelle Berrabah concedes that she had to accept the inevitable consequences.

The former Sugababe referred to her 2010 arrest during an appearance on Thursday’s Daybreak, when she featured on an early morning segment about the potential risks of ‘driving the morning after.’

Speaking on ITV1’s Daybreak today (28 November), Amelle said: “I got pulled over, [I] literally didn’t think anything of it.

“It didn’t even cross my mind [that I might still be over the limit] it was just a horrible feeling, even when they said ‘yes you’re over’.

“Just the shame of it and that something could actually happen… Obviously I’d never leave a bar and get straight into my car – that’s just something I would never do.”

But Amelle added: “I was just slightly over, but that’s not the point. I was over and I had to accept the consequences.

Amelle warned motorists that people knowing what she did was a “horrible” feeling, however it would be a much worse feeling if she’d caused a fatal accident.

Web articles – via partners/network co-ordinators. This website and its contents are the exclusive property of ANGA Media Corporation . We appreciate your feedback and respond to every request. Please fill in the form or send us email to: [email protected]
Previous: Katy Perry : Singer is already officially the hottest woman of 2013
Next: Morrissey : Singer slams Barack Obama over Thanksgiving