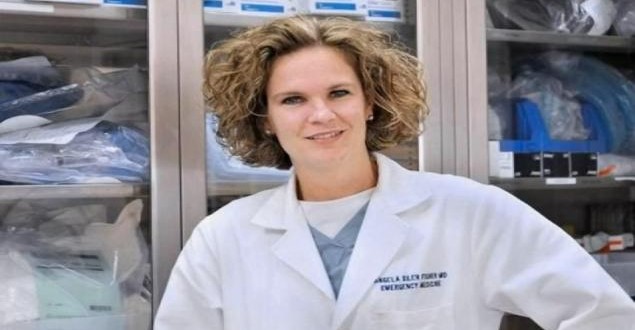 First she allegedly got into her car and called the object of her wrath — another woman — and left a voice mail saying she was going to “beat” her “f**king a** whore” and then threatened to “dislocate her vagina,” documents state.

Then she got to this woman’s house and entered with a bit of pinache — she kicked in a doggy door.

So, do you suppose Dr. Angela Siler-Fisher — a hospital medical director, professor at Baylor College of Medicine, and the alleged culprit — was done?

Investigators say Mallery’s home surveillance cameras show Siler-Fisher illegally entering the house Sunday by “kicking in the doggy door,” according to the charging document. She then allegedly wrote “homewrecker” in red lipstick on the bathroom mirror.

“When you get passion involved, people you think of as being very calm and rational can do incredibly shocking things. Rage takes over, and that’s when people get into trouble,” ABC News consultant and former FBI agent Brad Garrett said.

Siler-Fisher, according to the charging document, called Mallery twice threatening to hurt her. Investigators say she then sent at least 25 text messages, including a picture of the inside of Mallery’s bedroom.

“This type of attack is intended to scare the other woman away, or to try and fix her personal life. But in fact, the end result could be a destroyed personal and professional life,” Garrett said.

Web articles – via partners/network co-ordinators. This website and its contents are the exclusive property of ANGA Media Corporation . We appreciate your feedback and respond to every request. Please fill in the form or send us email to: [email protected]
Previous: Carrie Underwood Slammed by Von Trapp Family (VIDEO)
Next: Jen Arnold : TLC star will document cancer battle