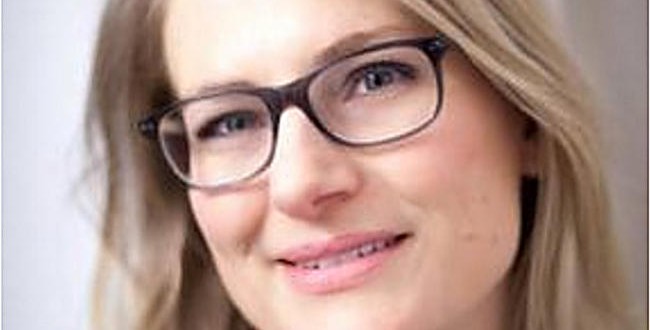 Anne Swaney was found murdered in Belize. Autopsy results determined that she was strangled.

Anne Swaney, 39, was reported missing on Thursday. Her body was found in a river on Friday.

According to a report in the Belize News, Swaney suffered injuries to her head, and investigators found bruises around her neck. According to the report, authorities there believe Swaney was murdered.

Swaney, who lived in Lincoln Square on Chicago’s North Side, was executive producer at abc7chicago.com, where she had worked for the last 16 years, and her friends and colleagues were stunned and grief-stricken upon learning of her death.

“To say that she was a pivot around which we all orbited would be an understatement,” Heather Clark, a friend, told ABC 7 Chicago.

Swaney, who traveled often and had visited Belize in the past, was staying at the Nabitunich Resort near the town of San Jose Succotz in western Belize.

On Thursday morning, Anne was supposed to go on a group horseback trip through the woods, but there were more riders than horses, so she stayed back. She came down to a wooden deck on the river to do yoga and never returned.

“A horse riding tour returned in the afternoon and found her personal effects on the deck. This looked suspicious so they went to her cabin and she wasn’t there. They told the owner who called the police. The police came with their canine unit and the scent led them along the river but due to the darkness the search was called off for the night before finding her,” Police Supt. Daniel Arzu told the I-Team.

Police teams resumed searching Friday morning, when her body was found face down in the river. Police said there were obvious signs someone had killed her.

“Her neck and either side of her head had laceration and that led us to believe it was a case of murder,” Supt. Arzu said.

Tributes were paid to the journalist who colleagues described as a newsroom leader with a passion for getting facts right.

Her friend WBBM reporter Brad Edwards said: “Everyone loved her. She was just effervescent.”

Cayo is a popular destination for American adventure travellers and horse enthusiasts.

Police claimed the area where the murder took place was not considered dangerous and they believe it may have been a random crime.

But the US Department of State says Belize is rated “high” for crime and visitors are advised to exercise caution.

It adds that “there has been a significant increase in homicides in areas of … Belize, most notably Cayo District and Ambergis Caye, in the past several years.”

Web articles – via partners/network co-ordinators. This website and its contents are the exclusive property of ANGA Media Corporation . We appreciate your feedback and respond to every request. Please fill in the form or send us email to: [email protected]
Previous: Dream Chaser space plane to fly to ISS “Video”
Next: Salem witch trials site confirmed by scientists “Report”