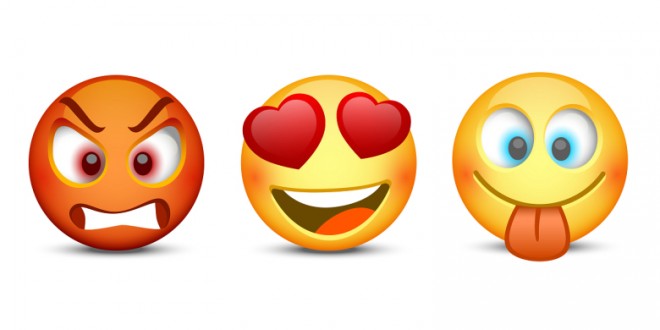 Apple can now use Emotient’s facial expression recognition technology to scan people’s faces and identify how they’re feeling in any given moment.

Emotient says by picking up on subtle facial clues, its software can tell whether people are feeling joy, fear, disgust, surprise or a host of other emotions.

The company has used its technology to analyze reactions to Super Bowl ads and Republican presidential debates, gaining insight into how audiences feel about what they’re seeing over time.

Why does Apple want access to people’s fleeting emotions? The Cupertino tech giant isn’t detailing its plans yet.

A spokeswoman told The Wall Street Journal that Apple “buys smaller technology companies from time to time, and we generally do not discuss our purpose or plans.”

Emotient co-founder Marian Bartlett began developing the company’s technology with other scientists while working toward her doctorate in cognitive science and psychology at UC San Diego.

Perhaps Apple could use Emotient to keep tabs on which of its Apple Store “Geniuses,” the employees who fix your phone or laptop, leave the most joyful impression on customers or which employees are making customers angry?

Web articles – via partners/network co-ordinators. This website and its contents are the exclusive property of ANGA Media Corporation . We appreciate your feedback and respond to every request. Please fill in the form or send us email to: [email protected]
Previous: Winnipeg doctor’s Kidney-Failure Model Going Global
Next: Tupac Biopic: The Walking Dead’s Danai Gurira Will Play 2Pac’s Mom Afeni in Biopic