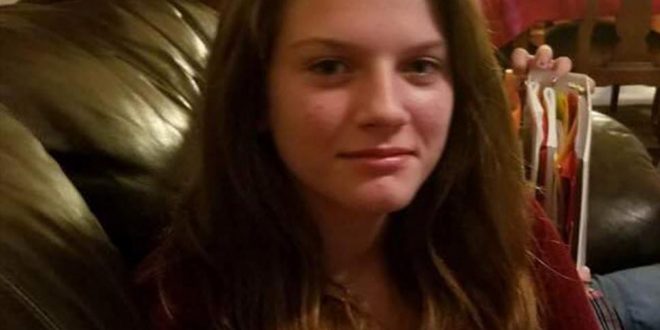 Ashlee Hattermann, Missing 13-year-old Texas girl found safe in Mexico after crossing the border to meet older man, 29, she had been speaking to online.

Mexican authorities and the FBI tracked down 13-year-old Ashlee Hattermann in what became a two-day manhunt that led from her home in Katy, to the border town of Laredo and eventually to Mexico City, according to reports.

After Ashlee disappeared, a note her father said was found in her room led many to believe she was the target of human traffickers.

“We found a note in her room,” Keith Hattermann said Friday. “She calls the guy ‘daddy’ and herself ‘baby girl.'”

Keith and Tiffany Hattermann said they discovered their daughter was exchanging graphic images and messages to a man believed to be a 29-year-old in Mexico last spring using covert messaging apps.

Harris County Sheriff’s Office spokesman Thomas Gilliland told the Houston Chronicle that Ashlee hopped on a Greyhound bus headed south to Laredo on Friday afternoon after convincing good Samaritans at a local church to buy her a ticket.

When the good Samaritans saw reports of Ashlee’s disappearance, they went to investigators with their story.

Authorities confirmed Sunday that Ashlee had crossed the border into Mexico. Authorities there located her at about 11 p.m. and alerted American officials.

Ashlee was then picked up and taken to her father, who was already in Mexico City.

Web articles – via partners/network co-ordinators. This website and its contents are the exclusive property of ANGA Media Corporation . We appreciate your feedback and respond to every request. Please fill in the form or send us email to: [email protected]
Previous: Teen has 50 surgeries to look like Angelina Jolie (Photo)
Next: 93-year-old woman arrested for not paying rent