Home » World » Melda Ilgin: Baby floats 1km out to sea after family forgets about her 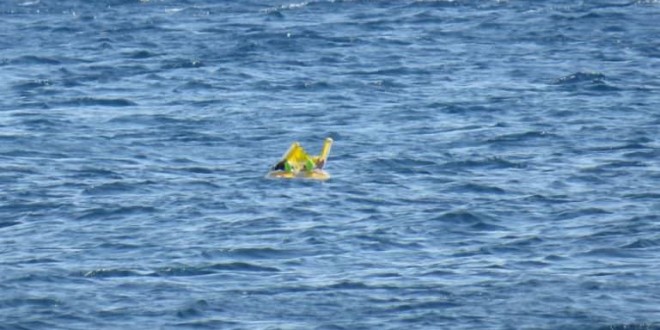 Melda Ilgin: Baby floats 1km out to sea after family forgets about her

Melda Ilgin, baby rescued after floating half mile out to sea.

A 10-month-old girl floating towards Greece has been rescued after her family forgot she was in the water.

Melda Ilgin was pulled to safety on Friday (local time) by the Turkish coastguard, after beachgoers and her parents realised the child was nearly a kilometre out to sea, the Mail Online reports.

Video shows the coastguard pulling alongside the small inflatable raft in which Melda was sitting; rescuers then dive into the water and pull her to safety.

The Ilgin family were at the beach in the Turkish town of Küçükkuyu for a day out, but didn’t notice the strong northern winds were taking their child into the open sea, in the direction of the Greek island of Lesbos, KBGN News reported.

Beachgoers attempted to reach the child, but she was too far away. By the time the coastguard got to Melda she was already 1km from shore.

Her relieved mother is seen whisking her off the boat and cradling the child in the shade and giving her a drink of water.

Web articles – via partners/network co-ordinators. This website and its contents are the exclusive property of ANGA Media Corporation . We appreciate your feedback and respond to every request. Please fill in the form or send us email to: [email protected]
Previous: Jennifer Fichter : Florida Teacher gets 22 years for student sex “Video”
Next: Damon Albarn physically removed from Roskilde stage ‘Video’