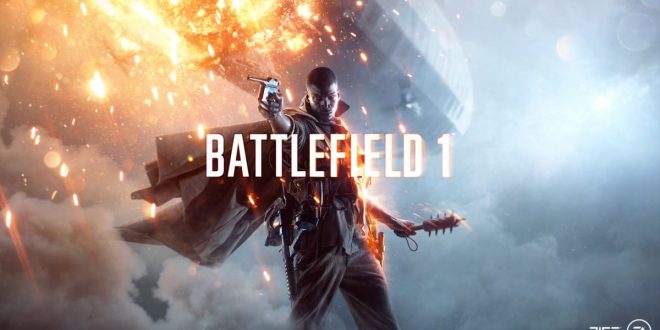 Battlefield 1’s first trailer is here, showing a WW1 setting that visits new locations from around the world.

Electronic Arts has confirmed that the new Battlefield, as we expected based on images that leaked out earlier today, is a World War I-themed shooter called Battlefield 1.

It’s release is set for October 21. Battlefield has been slugging it out with Call of Duty for years to be the No. 1 franchise on the shooter market. Rival Activision Blizzard showed off Call of Duty: Infinite Warfare this week, taking the $15 billion series into the far future where humanity has settled the solar system and space has become militarized.

Get ready to interpret a lot of things in this video. Danny Berlin, the lead designer for Battlefield 1 at EA’s DICE studio, said he could only comment on what was in the video during an interview with GamesBeat. He said that the game’s based on historical material, and it won’t have a fictionalized “alternate history” with modern weapons. Whatever is in the trailer really did happen at some point in the varied history of the Great War, Berlin said.

EA will have a playable demo at the EA Play event on June 12 at the Electronic Entertainment Expo in June. You can get early access to the Battelfield 1 public beta test later this year by signing up for the Battlefield newsletter.

Web articles – via partners/network co-ordinators. This website and its contents are the exclusive property of ANGA Media Corporation . We appreciate your feedback and respond to every request. Please fill in the form or send us email to: [email protected]
Previous: Marine rescued off NC coast after ejecting into ocean
Next: Sarah Palin says she’ll campaign against Paul Ryan (Video)