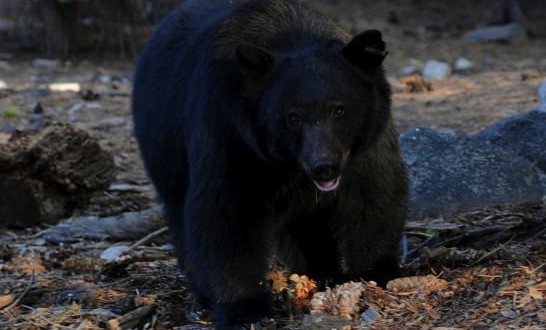 Bear eats man’s body in remote California, There was “not much left of his remains”, according to Department of Fish and Wildlife spokesman Andrew Hughan.

Williams was supposed to attend a motorcycle race, but never showed up. When a friend went to the trailer to find him, the site was a mess and Williams was missing.

A search party was organized Monday and Williams’ body was found in the woods nearby.

Williams’ daughter, Liberty, said his body was dragged off by an animal, possibly a bear, reports Daily Mail.

His body was identified by fingerprints. The cause of death was not relesed, but evidence suggests he died before the bear got to him – most likely from a heart attack, says Daily Mail.

Officials are seeking to trap the bear, but it’s unlikely they will succeed since three days have passed since the attack.

Willaims’ was well-liked and volunteered at several non-profit organizations, including one that supports people with AIDS, reports Locust Outpost.

Web articles – via partners/network co-ordinators. This website and its contents are the exclusive property of ANGA Media Corporation . We appreciate your feedback and respond to every request. Please fill in the form or send us email to: [email protected]
Previous: ‘Men, Women And Children’ Film Reviews : lacks inspiration
Next: Korean Concert Tragedy : Safety Official Commits Suicide