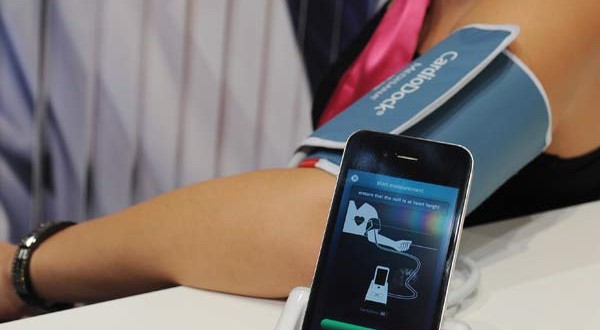 A best-selling blood pressure app gives false readings almost 80 per cent of the time, according to a new study.

Scientists at John Hopkins University studied 85 people, with more than half of them having hypertension. Their blood pressure was taken twice with blood pressure cuffs and twice with the app. The results showed that 8 of 10 readings were wrong. “It missed risky elevated blood pressures in four out of five patients. This app was not accurate. It’s not accurate by any measure,” said study author Dr. Timothy Plante.

Inaccurate readings could obviously have dangerous health consequences. “In particular, those with hypertension, a condition known as the silent killer, could be left untreated and may lead to stroke, heart diseases, and kidney problems,”.

The $4.99 app can no longer be found in the Apple Store or Google Play, but it’s still operational for anyone who already downloaded it. (It’s unclear why the app was taken down.) Dr. Plante warns cell phone users to delete the app completely along with similar working apps like Blood Pressure Pocket and Quick Blood Pressure Measure and Monitor. (Those apps are still available to buy.)

Instead of using mobile applications, Dr. Plante encourages people to buy a blood pressure cuff at the drugstore or ask a pharmacist or your physician to recommend one.

Web articles – via partners/network co-ordinators. This website and its contents are the exclusive property of ANGA Media Corporation . We appreciate your feedback and respond to every request. Please fill in the form or send us email to: [email protected]
Previous: Roger Ailes Says Fox Is ‘Finished with Rubio’ “Report”
Next: Rafael McCloud: Escaped inmate was already infamous in Mississippi town “Video”