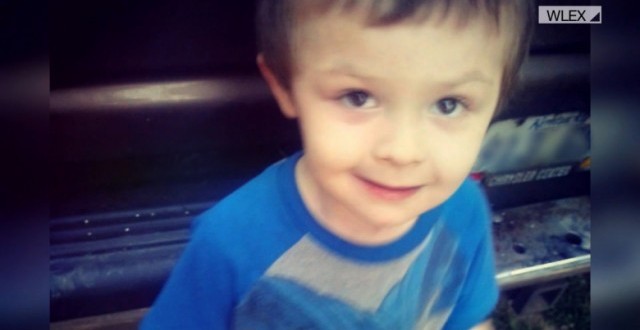 Boy dies after inhaling cinnamon he found in kitchen

Boy dies after inhaling cinnamon he found in kitchen “Video”

Boy Dies After Ingesting Cinnamon? Within minutes, he was choking and in a seizure-like state. His mum, Brianna, found him struggling on the floor.

“He was completely healthy – no problems,” the mother of two said. “He started choking. It was like he was having a seizure and just collapsed.”

Though she transported him to a nearby Kentucky hospital immediately, within one and a half hours her little boy had passed away.

The cinnamon had traveled to his lungs when he was choking, and the coroner confirmed the cinnamon had asphyxiated Matthew and caused him to be unable to breathe.

In an emotional Facebook post, his mother has sent a warning to other parents about the dangers of cinnamon in the hands of small children.

“I can’t express how grateful I am for all the amazing support we have right now. And each and every one of you are amazing,” the post read.

“Matty man’s story made the Lex 18 news and now CNN wants to share it nationwide. That helps ease my breaking heart just a little to think that just maybe my baby’s story can save even just one child’s life.

“Cinnamon can kill. All these kids, they don’t think about the fact it can hurt them.

“My Matty was definitely loved by many and he loved everyone. Fly high baby boy we love you more than words could ever explain. And we miss you so much it hurts. R.I.P my sweet little angel.”

Web articles – via partners/network co-ordinators. This website and its contents are the exclusive property of ANGA Media Corporation . We appreciate your feedback and respond to every request. Please fill in the form or send us email to: [email protected]
Previous: One man dead after stabbing in St. James Town, Report
Next: Cyndi Lauper : Pop Singer Reveals Extreme Psoriasis Battle “Report”