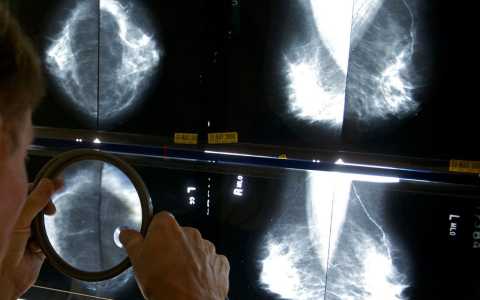 Cancer death rates decline in US

According to the American Cancer Society, there is a steady decline in cancer-related fatalities in the last two decades.

The report finds progress has been most rapid for middle-aged black men, whom death rates dropped by 50 percent. Despite the substantial progress, black men continue to have the highest cancer incidence and death rates among all ethnicities in the US, which account for double those of Asian Americans, who have the lowest rate.

This year’s report estimates there will be 1,665,540 new cancer cases and 585,720 cancer deaths in the United States in 2014. Among men, prostate, lung, and colon cancer will account for about half of all newly diagnosed cancers, with prostate cancer alone accounting for about one in four cases. Among women, the three most common cancers in 2014 will be breast, lung, and colon, which together will account for half of all cases. Breast cancer alone is expected to account for 29% of all new cancers among women.

The estimated 585,720 deaths from cancer in 2014 correspond to about 1,600 deaths per day. Lung, colon, prostate, and breast cancers continue to be the most common causes of cancer death, accounting for almost half of the total cancer deaths among men and women. Just over one in four cancer deaths is due to lung cancer.

The magnitude of the decline in cancer death rates from 1991 to 2010 varies substantially by age, race, and sex, ranging from no decline among white women aged 80 years and older to a 55 percent decline among black men aged 40 years to 49 years. Notably, black men experienced the largest drop within every 10-year age group.“The progress we are seeing is good, even remarkable, but we can and must do even better,” said John R. Seffrin, PhD, chief executive officer of the American Cancer Society. “The halving of the risk of cancer death among middle aged black men in just two decades is extraordinary, but it is immediately tempered by the knowledge that death rates are still higher among black men than white men for nearly every major cancer and for all cancers combined.”

Web articles – via partners/network co-ordinators. This website and its contents are the exclusive property of ANGA Media Corporation . We appreciate your feedback and respond to every request. Please fill in the form or send us email to: [email protected]
Previous: Preemie Crying Linked to Later Behavioral Problems : Study
Next: Gabby Giffords Skydives to Celebrate Life (VIDEO)