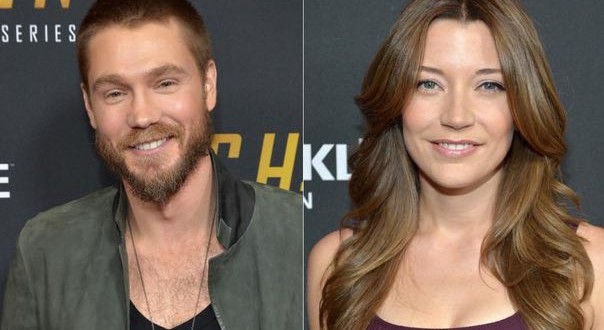 Now Murray, 33, has revealed to E! News he and his new bride tied the knot in a secret ceremony.

He did not share any details about the nuptials, but admitted he was a romantic at heart, saying, “I’m a traditionalist. I’m a car-door guy. I do everything I can to treat my lady right.”

A source tells E! the newlyweds have been given extra reason to celebrate as Roemer is pregnant.

If the news is true, the baby will be both actors’ first child.

Chad Michael Murray was previously married to his “One Tree Hill” co-star Sophia Bush in 2005, but they split after five months. Their divorce was finalised in 2006.

Roemer, best known for her role in 2007 thriller “Disturbia,” was once linked to Will Kopelman, who is now married to Drew Barrymore.

Web articles – via partners/network co-ordinators. This website and its contents are the exclusive property of ANGA Media Corporation . We appreciate your feedback and respond to every request. Please fill in the form or send us email to: [email protected]
Previous: Sarah Palin praises ‘American Sniper,’ slams ‘Hollywood leftists’
Next: GoodLife Fitness chain interested in Target properties