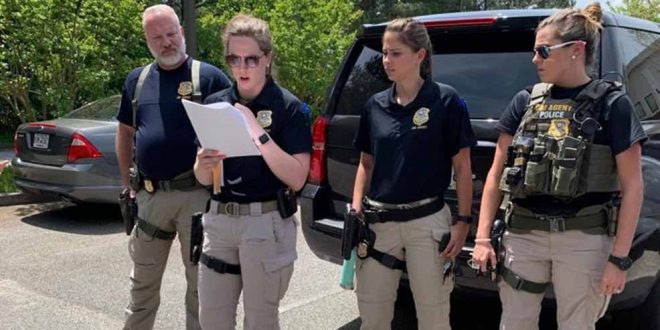 All are among the 82 people, including 31 in Georgia, who have been arrested and accused of sexually exploiting children in a multistate sting.

The sting, dubbed Operation Southern Impact III, was spread over three days recently and across eight southern states from Florida to West Virginia.

Channel 2’s Rikki Klaus was outside the Georgia Bureau of Investigation, where she learned that Georgia had the most arrests of the eight states involved.

GBI Internet Crimes Against Children Task Force Commander Debbie Garner said the operation focused on people who possess and distribute child pornography and those who are sexually exploiting children in other ways using technology and the internet.

“We were targeting material that was the most violent sexual abuse material involving infants and toddlers,” Garner said. “It is as horrific as you can imagine.”

Garner said the material is often in the form of videos.

“We were focused on those who were collecting and viewing that content for sexual gratification,” Garner said.

Most of the leads started as cybertips, Garner said.

Of the 31 people arrested in Georgia, all were men except for one woman in Jackson County. Otherwise, Garner told Klaus the suspects’ races varied and their ages spanned from 20 to 70 years old.

“We come across every profession, and there’s no socioeconomic class that we arrest more than others,” Garner said.

The people arrested in Georgia included a county employee, a fireman and a military veteran.

In Georgia, most arrests were of people involved in the possession or distribution of child pornography — some involving infants and toddlers. Seven people were arrested for allegedly planning to meet and have sex with a minor. Four registered sex offenders were among those arrested.

They were charged with crimes related to computer pornography and child exploitation. Some are in jail without bond.

“There is a actually a statistical correlation between those people who are collecting and viewing child pornography and those that are committing hands-on child molestation offenses,” Garner said.

Seventeen children were rescued or identified as victims. All of them were in other states.

“We feel as though children will be safer,” Garner said. “It’s very gratifying.”

Those in custody in Georgia are:

Web articles – via partners/network co-ordinators. This website and its contents are the exclusive property of ANGA Media Corporation . We appreciate your feedback and respond to every request. Please fill in the form or send us email to: [email protected]
Previous: Donald Trump believing in Santa: Because at seven, that’s marginal, right?’
Next: Hurricane Dorian 2019 Strengthens Slightly, Can We Nuke Hurricanes?