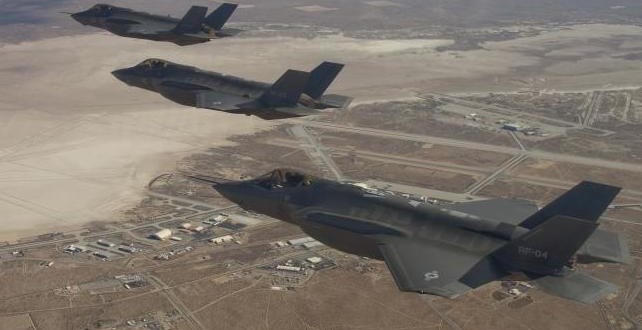 China – The Chinese government allegedly stole the designs of a new US fighter jet, according to the latest leaked documents from NSA whistle-blower Edward Snowden.

The Pentagon has previously acknowledged that hackers had targeted sensitive data for defence programmes such as the F-35 Joint Strike Fighter, but stopped short of publicly blaming China for the F-35 breach.

The Pentagon and the jet’s builder, Lockheed Martin Corp, had said no classified information was taken during the cyber intrusion.

German magazine Der Spiegel published a cache of Snowden documents, including a top secret US government presentation that said China stole “many terabytes” of data on the F-35 programme, including radar designs and engine schematics.

“The so-called evidence that has been used to launch groundless accusations against China is completely unjustified,” Foreign Ministry spokesman Hong Lei told reporters.

Hong said the “complex nature” of cyber attacks makes it difficult to pinpoint the relevant attacker, adding that China wanted to work with other countries to prevent hacking.

Web articles – via partners/network co-ordinators. This website and its contents are the exclusive property of ANGA Media Corporation . We appreciate your feedback and respond to every request. Please fill in the form or send us email to: [email protected]
Previous: Brigham and Women’s Hospital shooting: Doctor shot inside hospital, gunman killed himself (Video)
Next: Most Common Passwords of 2014 Revealed : Did yours make the list?