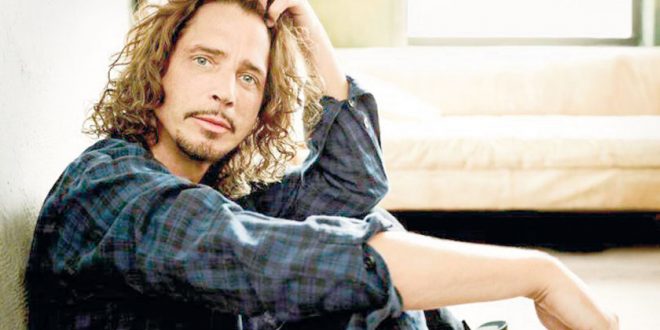 Lead singer of the bands Soundgarden and Audioslave, Chris Cornell died at the age of 52 in Detroit. The Associated Press reports that the police are investigating the death as a possible suicide.

Two Detroit newspapers had earlier cited a police spokesman Cornell was found with “a band around his neck.”

A different Detroit Police spokesman, Michael Woody, told The Associated Press Thursday that he could not confirm that Cornell died with a band around his neck.

Chris Cornell gained fame as the lead singer to the grunge band Soundgarden and later with Audioslave.

Brian Bumbery, Cornell’s representative, released a statement to NPR on the singer’s death:

“Chris Cornell passed away late last night in Detroit, MI. His wife Vicky and family were shocked to learn of his sudden and unexpected passing, and they will be working closely with the medical examiner to determine the cause. They would like to thank his fans for their continuous love and loyalty and ask that their privacy be respected at this time.”

Soundgarden was formed in 1984 by Cornell, guitarist Kim Thayil and bassist Hiro Yamamoto — it went on to become one of the biggest bands of the 1990s grunge movement.

Nirvana, Pearl Jam and Alice in Chains were other bands to come out of the Northwestern grunge-rock scene at about the same time.

Soundgarden found a place on mainstream radio with the album Superunknown, which debuted at No. 1 on the Billboard 200 and was nominated for a Grammy for Best Rock Record in 1995.

Cornell pursued a solo career after Soundgarden broke up in 1997.

In 2001, Cornell joined Audioslave and the band released three albums — disbanding in 2007.

NPR’s Rachel Martin talked to Cornell in 2015. At the time he had just released a solo album called Higher Truth.

“In the interview that aired on Weekend Sunday, Martin noted Cornell was still recording with Soundgarden, and asked if he needed the band and the solo projects to make the whole?

” ‘I would live without both parts,’ Cornell answered. ‘But it’s a lot more satisfying to have them. It’s great to still be having new experiences with the same group of guys — because we invented a band together, and kind of co-invented a genre of music. Being able to come back and experience being a band together at a different time in our lives has been really rewarding, but it’s also just really nice to still share some part of my life with these people that have been so important to it.'”

Cornell, who was on tour in Detroit at the time of his death, was 52.

Web articles – via partners/network co-ordinators. This website and its contents are the exclusive property of ANGA Media Corporation . We appreciate your feedback and respond to every request. Please fill in the form or send us email to: [email protected]
Previous: Indian teen Rifath Shaarook Builds World’s Smallest Satellite Using 3D Printing
Next: Jeremy the lefty snail loses out to love rival (Photo)