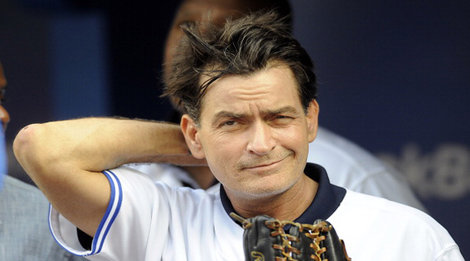 Charlie Sheen turned many heads two years ago when he hurled abuses publically at Chuck Lorre, his Two And A Half Men boss and the channel CBS, after a fallout with them. The actor, infamous for his antics, has done the same again – this time, in order to making amendments with Lorre.

Sheen, who now stars on FX’s “Anger Management,” was fired from the popular CBS/Warner Bros. comedy in 2011 after publicly insulting the show’s co-creator Lorre and his other “Two and a Half Men” bosses. The actor strongly disagreed with his firing and later named Lorre as a defendant in a multimillion-dollar lawsuit.

So, yes, it may take more than a tweet to make amends.

Web articles – via partners/network co-ordinators. This website and its contents are the exclusive property of ANGA Media Corporation . We appreciate your feedback and respond to every request. Please fill in the form or send us email to: [email protected]
Previous: Tori spelling calls katie holmes is ‘plastic’, ‘can’t sing’
Next: Nicole Richie showed friends Paris Hilton’s sex tape Video