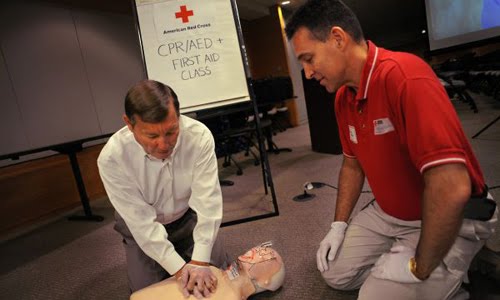 “The study was designed to show a better 4-hour survival in the group treated with mechanical chest compressions, and this was not achieved,” said lead investigator Sten Rubertsson, MD, PhD, professor and specialist consultant at Uppsala University and Uppsala University Hospital.

“But we now have the scientific support to allow us to use mechanical chest compressions and defibrillate during ongoing compressions,” he said, adding that this could potentially increase the efficiency and safety of emergency personnel as they deliver care during transportation of patients.

The LINC study included 2,589 patients from six European sites who had suffered an out-of-hospital cardiac arrest and needed resuscitation.

Manual chest compressions were started on all patients as soon as EMS personnel arrived on the scene.

In both groups, ventilation and drugs were given according to guidelines.

The study showed that four hours after the initiation of CPR, survival rates were similar in both the mechanical and manual CPR groups (23.6% versus 23.7%).

“The efficacy of traditional manual chest compression is heavily dependent on the skills and endurance of rescuers, and is compromised by periods of hands-off time and transportation interruptions,” he said. Even at high efficiency it delivers only approximately 30% of normal cardiac output, resulting in decreased blood flow to vital organs.”

Mechanical compressions should theoretically improve CPR, but to date there is no definitive evidence from large randomised trials to show this.

Two randomized pilot studies of out-of-hospital cardiac arrest patients have compared mechanical chest compressions with mechanical compressions from the LUCAS device (1-2), and neither study found any significant difference between groups; however, the study populations were small.

The results of the current study suggest clinical equipoise, said Dr. Rubertsson – although, he said slight adjustments to the treatment algorithms might result in clinically significant differences in the future.

“With the algorithm we used for mechanical CPR we found that time to first defibrillation was delayed compared to manual CPR and this could explain why we were not able to show improved outcome. Therefore in the future we will recommend defibrillation without delay, before deployment of the device.”

Regarding safety, “I would say that we can deem the device is safe, based upon the low number of severe adverse events and adverse events reported in the study, ” he said.

“Survivors at 6 months had good neurologic outcome (99% in the mechanical group and 94% in the manual) and in a previously published pilot study of 85 patients we did not find any difference between groups in injuries at autopsy. What remains to be finally analysed is the cohort of 200 patients within LINC that underwent autopsy.”

Evidence showing equal efficacy for both manual and mechanical compressions is an added benefit to Emergency Medical Systems (EMS) workers.

“EMS workers can now use a device to provide CPR which means they have an extra pair of hands available for other possible interventions,” said Dr. Rubertsson.

“Safety during transportation in the ambulance can also be improved since now the crew can have safety belts and still provide CPR.”

He emphasized that the results of the LINC trial are only applicable to the LUCAS device and cannot be generalized to other mechanical chest compressors.

Web articles – via partners/network co-ordinators. This website and its contents are the exclusive property of ANGA Media Corporation . We appreciate your feedback and respond to every request. Please fill in the form or send us email to: [email protected]
Previous: Pinterest San Francisco headquarters for sale
Next: Foam Mattresses May Help Prevent Bedsores in Nursing Homes : Study