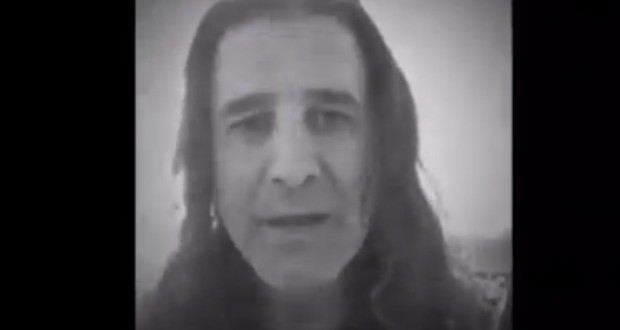 Creed singer Scott Stapp ‘homeless and broke’, AKA the singer of Creed whose voice you couldn’t escape during the late ’90s, says he can no longer afford rent or food, according to TMZ.

Stapp made the revelations in a bizarre video blog posted to Creed’s 3.8 million Facebook fans last night. Stapp starts the recording by “addressing a number of rumours”, dismissing an apparent death hoax and assuring his fans that he is sober. “I’m sober as can be. Once the rumours came out, I began getting blood and urine tests once a week just so…I could prove it, ” he says.

“About eight weeks ago, I began an audit of not only my record company but my personal finances,” the singer continues. “During the course of that audit a lot of things were uncovered. A lot of money was stolen from me or royalties not paid.” Over the course of 15 minutes the frontman details a series of alleged events that have left him broke. “Right now I’m living in a Holiday Inn, by the grace of God, because there’s been a couple of weeks I had to live in my truck,” he says. “I had no money, not even for gas or food. I went two days without eating because I had no money and ended up in an emergency room.”

“There’s people who have taken advantage and stolen money from me, and they’re trying to discredit me, slander me, and I’ve even been threatened that if I went public like I’m doing right now, that any impropriety I’ve done in the past these individuals can get their hands to humiliate and embarrass me and try to ruin my credibility.”

Earlier this week The Miami Herald reported that Stapp’s wife – former beauty queen Jaclyn Stapp – had filed for divorce from the singer. According to the newspaper Jaclyn asserts that Stapp has been “doing so much amphetamines, crystal meth and steroids that he has become a paranoid shell who has threatened to kill himself and harm his family.” The divorce papers also allegedly contain a series of paranoid text messages sent from Stapp to his wife.

A statement released by Jaclyn Stapp’s attorney last week said, “This is a very painful and personal matter for Jaclyn and her family. Her primary concern remains, as it always has been, the best interest of her children.”

Web articles – via partners/network co-ordinators. This website and its contents are the exclusive property of ANGA Media Corporation . We appreciate your feedback and respond to every request. Please fill in the form or send us email to: [email protected]
Previous: Two new species of horned dinosaurs discovered from museum fossils
Next: Man sought after boy head-butted at Vaughan wedding, police say