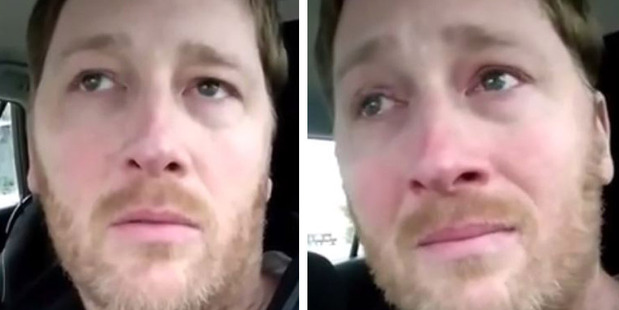 Dad's tears of joy for Down syndrome son (Video)

Dad’s tears of joy for Down syndrome son (Video)

A dad who felt he had “failed” his son for not confronting a stranger about their mistaken beliefs about Down’s syndrome, has received global support for his emotional video response.

On February 21, Robb Scott shared a video titled “I have something important to say. Excuse the emotion” on YouTube. In it, Scott shares his response to a situation he recently witnessed- where another father struggled to describe Down Syndrome to his son. Scott notes that the other father was “searching for the right thing to say and he said it was an illness.”

Scott didn’t react at the time, but said a voice in his head encouraged him to better explain what it is. In turn, Scott says he “let that ignorance grow in another generation” and failed his own son, who has Down Syndrome.

The realization prompted his powerful video message where he describes Down Syndrome in much more poignant description:

“Down Syndrome is literally one of the most beautiful things that’s ever happened in my life. It’s fun, it’s brilliant, it’s amazing, it’s funny, it’s kind, it’s loving, it’s cuddly… they are great teachers, people with Down Syndrome. It’s not an illness.”

Web articles – via partners/network co-ordinators. This website and its contents are the exclusive property of ANGA Media Corporation . We appreciate your feedback and respond to every request. Please fill in the form or send us email to: [email protected]
Previous: Hitman Beta Free for PlayStation Plus Users (Video)
Next: Body of rare dolphin washes up in Haida Gwaii (Video)