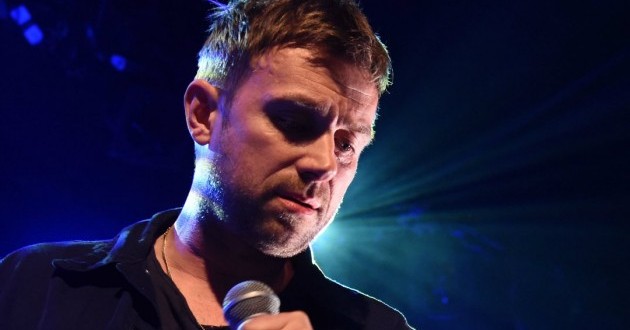 Damon Albarn performed a marathon set at Roskilde Festival in Denmark over the weekend, with security staff forced to escort the musician off the stage after he refused to end his five-hour performance.

Damon Albarn was repeatedly warned that he needed to bring things to a close but instead, he urged the crowd to keep shouting “more” so that he could continue, at one point even covering “Should I Stay or Should I Go” by The Clash with Songhoy Blues.

“F**k what everyone says,” he yelled. “You want more, we’re going to give you more.”

Unsurprisingly, this surreal moment was captured by fans at the festival and you can check out the intervention for yourself below:

Albarn’s show included a revival of “Clint Eastwood” with Nick Zinner from the Yeah Yeah Yeahs and special guest appearances from Laura Mvula and Blur bandmate Graham Coxon for a renditon of Randy Newman’s “Baltimore”.

Web articles – via partners/network co-ordinators. This website and its contents are the exclusive property of ANGA Media Corporation . We appreciate your feedback and respond to every request. Please fill in the form or send us email to: [email protected]
Previous: Melda Ilgin: Baby floats 1km out to sea after family forgets about her
Next: Bill Cosby admitted he obtained quaaludes to drug young women