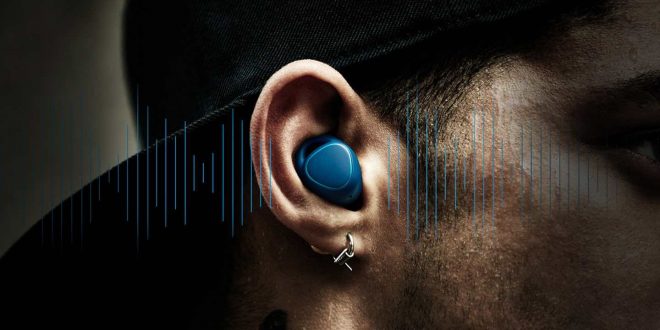 Awesome deal alert! The Gear IconX wireless smart headphones from Samsung are being slashed from $200 to $50 — if you don’t wanna do the math that’s 75 percent off.

Samsung isn’t the only electronics manufacturer to be bitten by the boom-boom battery bug, but when you put the Gear IconX inside your ears, you can’t help but consider that you’re placing two 47mAh batteries on either side of your skull, and, well… what if?

But this is the deal with cutting-edge tech. If you want truly wire-free earbuds with good sound, 4GB of storage for on-board music files, and heart-rate sensors for exercise data, you may have to take some risks.

The IconX include 4GB on-board storage for your music files, a feature you won’t find in most of the wire-free competition. “Usable” memory is quoted at less than 3.5GB, but Samsung says this is still good for about 1,000 music tracks. Supported formats include MP3, M4A, AAC, WAV, and WMA v9.

Playing on-board music helps preserve battery life, which you’ll be grateful for, as I explain below. Playing tracks from internal memory also grants a greater degree of personal freedom, as you won’t need to carry your phone in your hand or pocket when exercising. All in all, the on-board music function is a killer value-add—with a not-so-killer user interface.

To load music into the earbuds, you connect the IconX to your PC via USB, then fire up Samsung’s Gear IconX Manager desktop software, and dump music files from a local PC directory to the manager app. It’s an easy process, but the app doesn’t support playlists, and you can’t change the order of tracks. In fact, if you don’t want to hear the tracks in the exact order in which they were loaded into the IconX Manager, you have only one recourse: Choose the Shuffle option in the Gear mobile app to randomize playback.

As for streaming music, the IconX play any audio that would otherwise be piped through your phone’s speaker or headphone jack. But, as noted above, the earphones did suffer dropouts if I moved my phone too much, and audio stopped entirely (obviously) whenever I walked away from my phone, and exceeded the earphones’ effective Bluetooth range of approximately 30 feet.

Finally, like all Bluetooth earphones, the IconX suffer a bit of latency, and won’t sync perfectly with video sources. This means that if you’re watching a video of someone talking or singing, there will be a time delay between what you see on screen, and when you hear the words or lyrics. It’s not an issue for abstract music videos, but it can be really annoying if you’re watching a video interview or concert performance.

Web articles – via partners/network co-ordinators. This website and its contents are the exclusive property of ANGA Media Corporation . We appreciate your feedback and respond to every request. Please fill in the form or send us email to: [email protected]
Previous: Lowa Mom Left 4 Kids Home, Went on Vacation
Next: Picture: ESA unveils last surprise from Rosetta