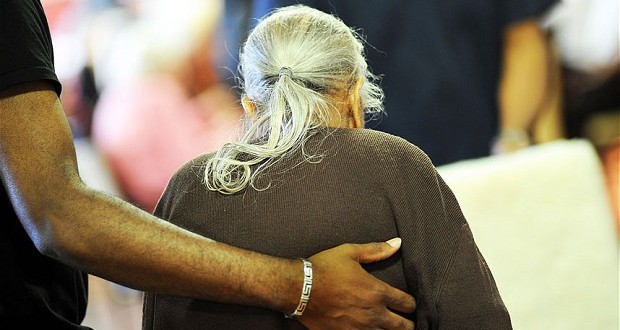 The dementia rates in the United States are falling steadily according to the Framingham Heart Study, which spans a period of around four decades. This positive development came even with the absence of medical breakthrough in treatment and vaccine.

These findings, which appear in the New England Journal of Medicine, provide hope that some cases of dementia might be preventable or delayed and encourage funding agencies and the scientific community to further explore demographic, lifestyle and environmental factors underlying this positive trend.

“Currently there are no effective treatments to prevent or cure dementia; however, our study offers hope that some of the dementia cases might be preventable — or at least delayed — through primary (keep the disease process from starting) or secondary (keep it from progressing to clinically obvious dementia) prevention,” explained corresponding author Sudha Seshadri, MD, professor of neurology at BUSM and FHS senior investigator. “Effective prevention could diminish in some measure the projected explosion in the number of persons affected with the disease in the next few decades,” she added.

The World Health Organization (WHO) estimates that 47.5 million people have dementia in the world and the total number of people with dementia is projected to reach 75.6 million in 2030 and almost triple by 2050 to 135.5 million.

FHS participants have been monitored continuously for the occurrence of cognitive decline and dementia since 1975. Thanks to a rigorous collection of information, FHS researchers have been able to diagnose Alzheimer’s disease and other dementias using a consistent set of criteria over the last three decades. These sources of information include FHS exams, outside clinical records, interviews with family members, and the examination of participants suspected of having a neurological problem by neurologists and neuropsychologists.

Researchers looked at the rate of dementia at any given age and attempted to explain the reason for the decreasing risk of dementia over a period of almost 40 years by considering risk factors such as education, smoking, blood pressure and medical conditions including diabetes, high blood pressure or high cholesterol among many others.

Looking at four distinct periods (the late 1970s, late 80s, 90s and 2000s), the researchers found that there was a progressive decline in incidence of dementia at a given age, with an average reduction of 20 percent per decade since the 1970s, when data was first collected. The decline was more pronounced with a subtype of dementia caused by vascular diseases, such as stroke. There also was a decreasing impact of heart diseases, which suggests the importance of effective stroke treatment and prevention of heart disease. Interestingly, the decline in dementia incidence was observed only in persons with high school education and above.

The FHS consistently has been shown to be a reliable source of data. However the authors concede that the sample population is overwhelmingly of European ancestry and that further studies are needed to extend the findings to other populations. In addition, the authors also did not look at the effects of key variables such as changes in diet and exercise.

Despite these limitations, “it is very likely that primary and secondary prevention and better management of cardiovascular diseases and stroke, and their risk factors, might offer new opportunities to slow down the currently projected burden of dementia for the coming years” add Carole Dufouil, Inserm research director in Bordeaux, France. Yet, the authors warn that this does not mean that the total number of persons with dementia will decrease anytime soon. Since baby boomers are aging and people are living longer, the burden of dementia will continue to grow.

Web articles – via partners/network co-ordinators. This website and its contents are the exclusive property of ANGA Media Corporation . We appreciate your feedback and respond to every request. Please fill in the form or send us email to: [email protected]
Previous: 2017 Honda Ridgeline fully accessorized for Chicago Auto Show (Photo)
Next: OK Go goes zero-gravity in new music video “Watch”