Home » World » Discovery made on how the brain prevents dehydration, study 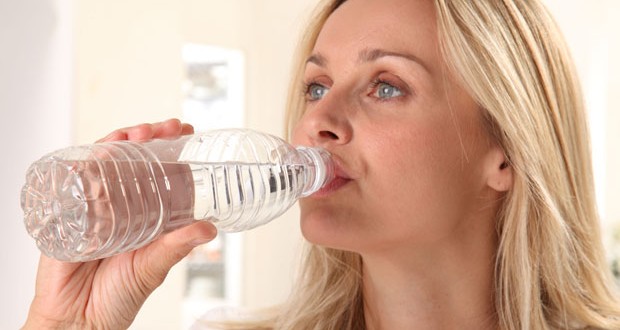 Discovery made on how the brain prevents dehydration, study

Discovery made on how the brain prevents dehydration, study

Scientists at the Research Institute of the McGill University Health Centre (RI-MUHC) and Duke University have made a breakthrough that advances our understanding of how the brain detects and prevents dehydration.

“We have identified what we think is the first protein that could allow the brain to monitor physiological temperature and it is important because this protein contributes to how the brain detects heat and triggers adaptive responses such as thirst,” explained Dr. Charles Bourque.

As published in Cell Reports, the protein, known as ΔN-TRPV1 (that’s a delta out front, for those of you who don’t know Greek letters) physically reacts to physiological heat and cell shrinking—a result of fluid imbalance.

“This protein, which is an ion channel that regulates the flow of ions across the cell membrane, is thought to play a crucial role in balancing body fluids (water, blood, etc.) and sodium (salts) levels, and changes in its regulation could be involved in linking salt to hypertension, and provoking fluid retention following cardiac failure, sepsis or brain trauma.”

Before now, the gene responsible for ΔN-TRPV1 was indicated in body fluid balance and detecting body temperature, but the specifics were unknown.

“This ion channel becomes active during dehydration, switching on the neurons in a part of the brain called the hypothalamus, which instructs the body to act in order to maintain its fluid balance. This can be achieved by triggering a sense of thirst, and also by the secretion of vasopressin – an antidiuretic hormone that acts to promote the retention of water by the kidneys – to maintain body fluid balance.

“Interestingly, our work also shows that the ion channel is an alternate product of the gene TRPV1 that normally codes for the capsaicin receptor that detects ‘hot’ chili peppers,” he added. “It is like nature has engineered a salt receptor out of a pepper receptor.”

Web articles – via partners/network co-ordinators. This website and its contents are the exclusive property of ANGA Media Corporation . We appreciate your feedback and respond to every request. Please fill in the form or send us email to: [email protected]
Previous: Scientists develop artificial ‘foam’ heart
Next: Eddie Murphy: Actor Explains Refusal to Play Bill Cosby for SNL 40th