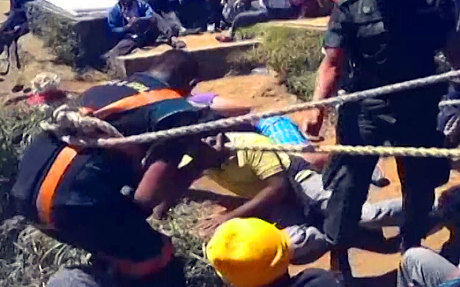 A Dutch man survives 4,000-foot fall from World’s End cliff on Sri Lankan honeymoon, Mamitho Lendas, 35, was taking a photograph of his new bride when he took a step backwards and plunged off the cliff.

But rather than dropping to the bottom, his fall was broken by a tree about 130ft down the rock face.

Sri Lankan army troops used ropes to reach him and winch him back to safety.

Some 40 soldiers and a military helicopter were involved in the rescue.

“It was very scary and very painful as well,” said Mr Lendas, who suffered no major injuries in the incident.

“I was making pictures and I had a misstep and I fell down backwards.

“He is the first person to survive a fall from World’s End.”

The World’s End cliff is the main attraction at the Horton Plains nature reserve in central Sri Lanka and is a key tourist attraction.

Web articles – via partners/network co-ordinators. This website and its contents are the exclusive property of ANGA Media Corporation . We appreciate your feedback and respond to every request. Please fill in the form or send us email to: [email protected]
Previous: Bill O’Reilly Furious : Fox News anchor denies claims he exaggerated his time reporting in Falklands ‘war zone’
Next: Ronan Farrow show canceled by MSNBC, Report