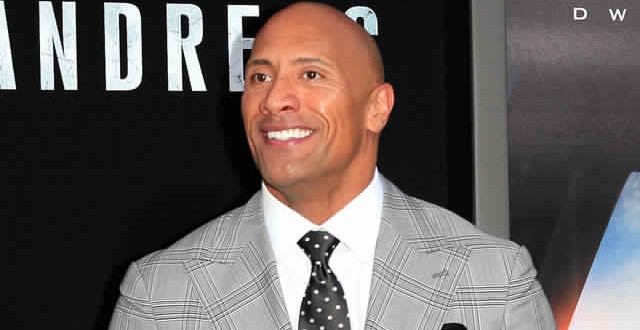 Dwayne “The Rock” Johnson took to Instagram to call out his male co-stars from Fast and Furious on Monday.

“This is my final week of shooting ‘Fast and Furious 8.’ There’s no other franchise that gets my blood boiling more than this one,” The Rock said on his official Instagram page Monday. “An incredible hard working crew. UNIVERSAL has been great partners as well. My female co-stars are always amazing and I love ’em.”

As for the fellas?

“My male co-stars, however, are a different story. Some conduct themselves as stand up men and true professionals, while others don’t. The ones that don’t are too chicken (expletive) to do anything about it anyway … When you watch this movie next April and it seems like I’m not acting in some of these scenes and my blood is legit boiling – you’re right. Bottom line is, it’ll play great for the movie and fits this Hobbs character that’s embedded in my DNA extremely well. The producer in me is happy about this part.”

The accompanying video appeared to show Johnson in character as Hobbs in a prison suit and taking down a guard.

He ended his post with a hashtag that said he has “zero tolerance for candy (expeltive).”

Some fans speculate that Johnson is kidding around

Web articles – via partners/network co-ordinators. This website and its contents are the exclusive property of ANGA Media Corporation . We appreciate your feedback and respond to every request. Please fill in the form or send us email to: [email protected]
Previous: Shea Weber finally makes it to Montreal
Next: Michael Phelps Leads the Rio Cupping Craze (Photo)