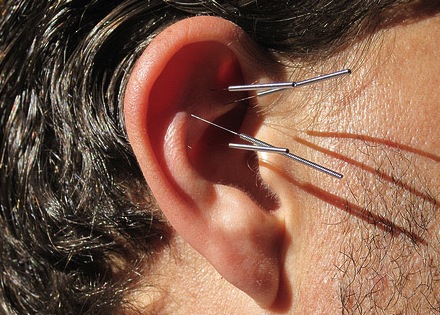 The key to shedding those holiday pounds may be in your ear, according to a small new study published in the journal Acupuncture in Medicine. Researchers from Kyung Hee University in South Korea found that acupuncture performed on five specific points on the outer ear was effective at helping patients lower their BMI, more so than acupuncture done on a single point or at random.

There are two methods, which can prove quite beneficial in reducing weight. One is pricking at five key places and the second is targeting just one spot. If the first measure is used then a person can reduce his body mass index by 6.1%

If a person targets just one spot then he can witness a decline in its body mass index by 5.7%. “The five ear acupuncture points, generally used in Korean clinics, and the Hunger point alone treatment are both effective for treating overweight people”, said study researchers.

In order to reach at the above given result, the researchers carried out a research on 58 Korean participants. The researchers noticed one thing that those who have undergone the treatment for over two months have witnessed lower body mass index and reduced weight in comparison to participants in the control group.

The study has been published in the journal Acupuncture In Medicine. But Professor Edzard Ernst from the University of Exeter said the test should have been a rigorous one.

Web articles – via partners/network co-ordinators. This website and its contents are the exclusive property of ANGA Media Corporation . We appreciate your feedback and respond to every request. Please fill in the form or send us email to: [email protected]
Previous: Glaxo to stop paying doctors to pump its drugs (VIDEO)
Next: Best Buy : Great deals on the hottest holiday tech gifts