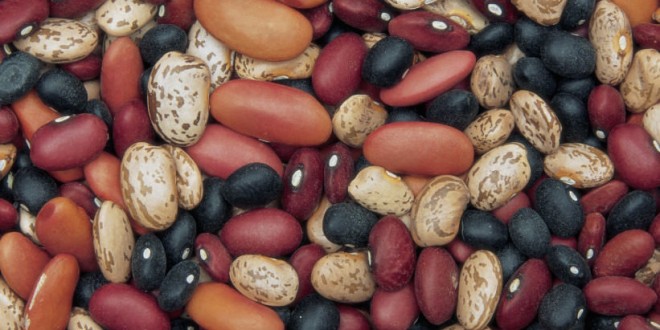 If you want to know what makes you thin, then you can just try adding a new serving of pulses to your day. Take a mix of beans, peas, chickpeas or lentils, and you’ve won some of the battle against the bulge.

Eating about 3/4 cup (130 grams) each day of these foods known as pulses led to a weight loss of 0.34 kilograms (just over half a pound), in a systematic review and meta-analysis of all available clinical trials on the effects of eating pulses.

The paper, by lead author Dr. Russell de Souza, a researcher with the Li Ka Shing Knowledge Institute of St. Michael’s Hospital, was published today in The American Journal of Clinical Nutrition.

The research builds on previous work by the hospital’s Clinical Nutrition and Risk Factor Modification Centre, that a daily serving of pulses makes people feel fuller than if they ate a control diet, and that eating pulses can significantly reduce “bad cholesterol.”

“Despite their known health benefits, only 13 per cent of Canadians eat pulses on any given day and most do not eat the full serving,” Dr. de Souza said. “So there is room for most of us to incorporate dietary pulses in our diet and realize potential weight management benefits.”

The United Nations and the Food and Agriculture Organization have designated 2016 as the International Year of Pulses.

The meta-analysis looked at 21 clinical trials involving 940 adult men and women, who lost an average of 0.34 kg (0.75 pounds) over six weeks with the addition of a single serving of pulses to the diet–and without making a particular effort to reduce other foods.

Pulses have a low glycemic index (meaning that they are foods that break down slowly) and can be used to reduce or displace animal protein as well as “bad” fats such as trans-fat in a dish or meal.

Dr. de Souza noted that 90 per cent of weight loss interventions fail, resulting in weight regain, which may be due in part to hunger and food cravings.

“This new study fits well with our previous work, which found that pulses increased the feeling of fullness by 31 per cent, which may indeed result in less food intake.” said Dr. de Souza.

Another recently published systematic review and meta-analysis found that eating on average one serving a day of beans, peas, chickpeas or lentils can also reduce “bad cholesterol” by five per cent and therefore lower the risk of cardiovascular disease.

Knowing which foods make people feel fuller longer may help them lose weight and keep it off.

“Though the weight loss was small, our findings suggest that simply including pulses in your diet may help you lose weight, and we think more importantly, prevent you from gaining it back after you lose it,” Dr. de Souza said.

He said another bonus from eating pulses is that they are Canadian crops.

Web articles – via partners/network co-ordinators. This website and its contents are the exclusive property of ANGA Media Corporation . We appreciate your feedback and respond to every request. Please fill in the form or send us email to: [email protected]
Previous: British doctors are failing to help people with gender dysphoria
Next: Italian Nurse Reportedly Murdered 13 Patients In Piombino