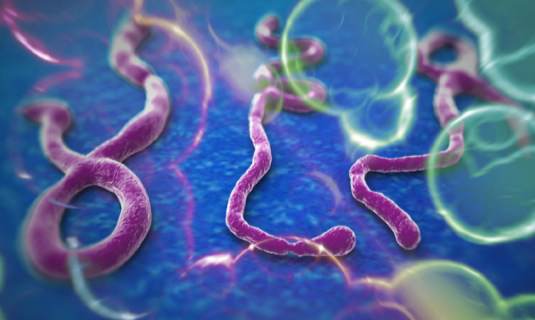 An unidentified person suspected of having the deadly Ebola virus is being treated at a Miami-area hospital, the Centers for Disease Control and Prevention said Monday. The details of the case and the patient weren’t immediately known.

If officially diagnosed as Ebola, the case would be the first to arrive undetected on U.S. soil in connection with the widening epidemic in West Africa.

It is highly unlikely that an Ebola case would arise naturally in the United States.

Ebola is highly lethal and is transmitted through bodily fluids.

More than 2,000 Africans have died of the virus since March, and global health officials have warned that the outbreak is spiraling out of control.

At least three Americans have caught the virus while working with patients in West Africa.

Two were cured after treatment in the United States, and the third remains ill at a hospital in Nebraska.

No other cases have been confirmed on U.S. soil, though there have been a handful of false alarms.

Web articles – via partners/network co-ordinators. This website and its contents are the exclusive property of ANGA Media Corporation . We appreciate your feedback and respond to every request. Please fill in the form or send us email to: [email protected]
Previous: Cody Legebokoff : BC man convicted of four counts of murder
Next: James Gandolfini shines in last role in The Drop (Video)